Why do people so stubbornly avoid adhering to the rules when given supernatural solutions to their problems? Probably because we'd have a shocking lack of horror movies otherwise. It often makes it easy to know where horror movies are going. Here, for example, it's easy to observe the tale of a grieving mother being offered one last chance to speak to her son and know that when she is told that she can only speak to him through a certain door, and must never ever open that door, that she's absolutely going to end up opening that door (hence the title).

Sarah Wayne Callies is that mother, Maria. She was involved in a car accident that led to the death of her son (Oliver, played by Logan Crenan), made even worse by the fact that she managed to save her daughter (Lucy, played by Sofia Rosinsky). Some months later, Maria is still tormented, her husband (Michael, played by Jeremy Sisto) doesn't know how to help her, and she attempts suicide. And that's when she is told about the one way that could allow her to say some final words to her son. The door, the one that she shouldn't try to open.

When I saw the trailer for The Other Side Of The Door I was left decidedly unimpressed. It looks pretty predictable, similar to almost every other mainstream horror movie released over the past few years, and uninteresting. Strangely enough, it IS all of those things, and yet I still ended up enjoying it a lot more than I expected to. At this point, I suspect I am maybe ready to automatically give a bonus point or two to any horror movie that isn't a remake, sequel, or connected to The Conjuring universe.

I will also tend to give a bonus point to anything directed, as this is, by Johannes Roberts, who also co-wrote the script with Ernest Riera (continuing their working relationship that has been working well for over a decade now). Roberts is one of the better genre directors out there, even if he doesn't always get the budgets to match his vision (as was the case with Storage 24), and this is another case of him doing solid work with ideas that are both derivative and still full of potential. The plotting and scares may be predictable enough, but they're all nicely handled, and you get some more impressive visuals dotted in between the standard grab bag of spooky CGI tricks.

Callies does well in the lead role here. In fact, I'd go as far as saying that this is her best work in years, thanks to the strength of her performance when in absolute misery before things start going all supernatural and tense. Rosinsky is also very good, playing a young girl who takes strange new circumstances in her stride, and Sisto does just fine as the husband/father kept out of the way for the many scenes when his presence won't help the engineered scares. Suchitra Pillai is the character who helps to direct the main character towards the door that leads to so many problems. It's a thankless role, many viewers will be waiting for her inevitable fate, but she does as well as can be expected in the role.

I'm not going to oversell this, the imagery and jumps are as enjoyable as they are familiar, but I am surprised that more people haven't given it a chance. Stemming from such a moment of pain and trauma that it is easy to identify with (even if I hope most viewers identify with it from a distance), this is a horror movie with a little bit more emotional weight to it than most. And I tentatively recommend it to horror fans who don't mind their genre fare occasionally being a bit glossy and slickly packaged for mainstream audiences.

There's an American disc available here, otherwise you can rent/buy the movie digitally. 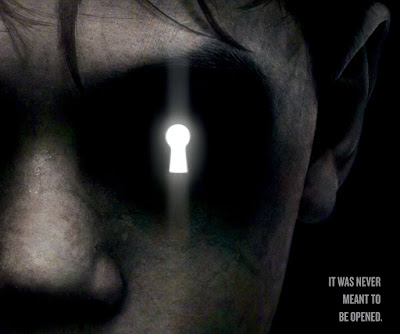