Some films feel like you MUST see them. That's doubly true when you're a horror fan. In fact, it's triple (triply??) true when you're a British horror fan who spent a number of years hearing about infamous titles that were removed from public consumption by an over-zealous BBFC. Yes, I'm on about those video nasties again, but I'm not just on about the situation here in the UK. I'm on about those moments that lead to conversations, that lead to you becoming friends with more and more horror fans, discovering the huge global community of people who have all been given the same funny looks and had the same judgements made about them as they enthusiastically rented some piece of nastiness from their local video store. Those moments lead to you hearing about, or discussing, key films. You get the undisputed classics, you get the enduring favourites, and you get films that wallow in their infamy for a short period of time, often just before their power starts to fade away.

The Last House On The Left is a film in that latter category. It is the kind of film you will most likely have a vivid memory of seeing for the first time, perhaps even something that you can deliver as an anecdote (but a different kind of anecdote from one like being taken as a child to see E. T. The Extra-Terrestrial and remembering how many other children were as wet-eyed and snot-nosed as you were while the parents wondered what they had done to upset Steven Spielberg so).

Having said that, I don't have any anecdote to put here. I saw this film as I was making my way through a lot of the horror movies I had never been able to find in my pre-internet days. This was one of the better video nasties, I knew that much as soon as I'd watched it, but it wasn't up there with the very best. Yet it stays with you. It's a film that feels dangerous in a way a lot of the others don't. It sticks to you. If some movies feel like a cosy blanket, The Last House On The Left is a layer of dust and debris that cakes your skin after a day spent in a harsh environment, the kind of thing that won't wash off without applying the kind of force to your scrubbing that will hurt.

Written and directed by Wes Craven, his feature debut, this is a savage reworking of The Virgin Spring. A young woman (Sandra Peabody) and her friend (Lucy Grantham) head to the city. They meet some bad people. Terrible things happen to them. The bad people end up at the home of the parents of the young woman (ma and pa played by Cynthia Carr and Richard Towers). Those are the plot points that you'll probably already know. I'm not going to say any more.

Craven was an angry young man when he made this film. He wanted to create something brutal and shocking, but also wanted to make it bearable (which he attempts to do with the biggest mis-step of the film, scenes involving a pair of bumbling police officers, one of whom is played by a young Martin Kove). It's a film that he would look over many years later with a critical eye, acknowledging the negative aspects while still admiring what he achieved.

And he's right to feel that way. While not quite as powerful or intense as it may have been when first released, this is a brutal piece of work, open to multiple interpretations by different viewers, from a warning about the dangers of drugs to an exploration of common nightmares to a commentary on the Vietnam War. It's also one hell of a calling card for Craven, putting out there the mastery of horror elements and obsession with the thin line between civility and barbarism that he would display repeatedly over the next few decades.

There have been major essays written about this movie. Much more than I could ever say, and in a clearer and more intelligent way. I'll just say that it's a film that you can never unsee. David Hess gives the most memorable performance of his career, playing the loathsome Krug (a role that would see him typecast that way in a few other movies), he's ably supported by Jeramie Rain, Marc Sheffler, and Fred J. Lincoln, all of them effectively nasty in a way that makes any viewer want to see them get their just desserts by the time the end credits roll.

Craven may now view this as something he would have approached differently, but horror fans can be glad that he rushed headlong into a boundary-pushing slice of exploitation nastiness that easily holds up alongside anything else we've had under that umbrella. You may not enjoy it, you may not rush to rewatch it, but it's an essential horror film, and one of a number of touchstones in the career of someone who gave us such a wide variety of scares. 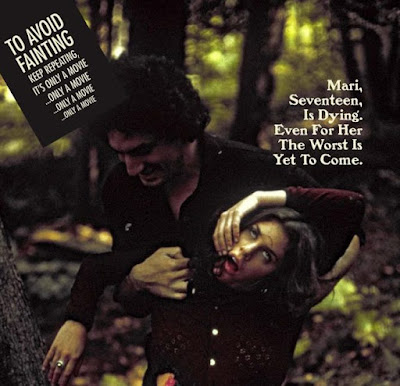