Hmmmmm, there were moments during The Blackwell Ghost that gave me goosebumps. Moments that had me wondering just how real the whole thing was. Unfortunately, that feeling quickly dissipates once you start to realise that none of it is real, making the end result quite a frustrating experience.

Turner Clay plays a version of himself onscreen, a film-maker who decides to take his career in another direction as he sets out to prove the existence of ghosts. That leads to him getting footage of something that resembles a ghostly presence, which then leads to him being able to stay at a house that may or may not be haunted.

First of all, this is very well done, in terms of the mix of spookiness and the usual filming style (we get some stationary camera shots and, of course, the shakier handheld camerawork in places). It's also far too short to overstay its welcome, clocking in at a shade under the one hour mark.

Clay is convincing enough in his lead role, almost doing enough to make me temporarily forget how much happens in the last few minutes that would have me either running out of the main door or jumping out of the nearest window. There's no way I would be able to wander around with a camera in my hands anyway. I've been with my wife for almost a decade now, and she knows all too well that if she hears a strange noise in our home in the middle of the night . . . she is more than welcome to get out of bed to investigate it.

Subtlety is the key here, but it's just a bit too subtle for its own good. There are two ways to look at this. If you want to believe it is real, all well and good, but that should mean that the background, the history viewers will expect to be unearthed, should be spookier and darker than what we get here. You also have to be able to accept the actions of the main characters, which gets harder and harder to do in the third act. But if you aren't seeking something authentic then you may sit there, waiting for a satisfying conclusion that is never going to happen. And you may well be thinking "subtlety be damned" by the time it is all over.

A film that will work much better on people who stumble upon it and think it is real, The Blackwell Ghost could have been something truly exceptional. It's just a shame that Turner Clay didn't put a bit more thought into the delivery of the material. The main premise is great, the execution is sadly lacking.

This movie is available now on Amazon Prime, as is a sequel (that I have yet to watch . . . maybe that will appear here next week). 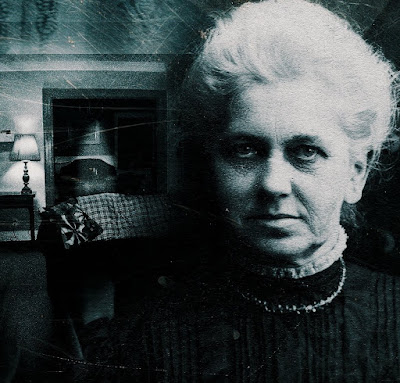