Sarah Jeavons plays Sam, a young woman who is kidnapped by a couple of depraved killers, in this horror movie written and directed by Ursula Dabrowsky. Not to worry though, it's not long until Sam escapes their clutches. She escapes the trunk of their car, thanks to a combination of intelligence and a tyre iron, and ends up in a cabin in the middle of some woods. Of course. And can you guess who lives in that cabin? Yes, I think you may be one step ahead of me already. And we may all be a step or two ahead of Dabrowsky.

The more movies I watch, and I watch a LOT of movies, the harder it becomes to be harsh on a film like Inner Demon. I usually have a full conversation/argument with myself while writing the review, sometimes never coming to a final decision until I get to the very end. I think about how nothing in the movie is that bad, how there are so many worse movies out there, and how Dabrowsky has tried to give viewers something familiar, but with a twist. And then the rest of my brain starts to drown me out, because I am making excuses.

Inner Demon is a bad film. It may not be as bad as many other films, but that doesn't stop it from being a bad film. The cast have nothing to worry about, the acting from the main leads is consistently good enough, but they just can't elevate the material they have to work with. Indeed, I wish they'd been given more to do. Jeavons is asked to simply look scared and bleed for most of the runtime, while Kerry Ann Reid, Andreas Sobik, and Todd Telford are all irrational and agitated killers. There's no interesting dialogue between these characters, nothing to reveal anything more about them beyond convenient disagreements that move the plot forward.

You may think that Dabrowsky has instead spent her time focusing on making her movie as dark and tense as possible. Not so. This is a film that starts strong, despite some confusion in the editing department, before pulling back for an hour of nothing really interesting happening. There's some death, yes, but it's not actually interesting, mainly thanks to us having no interest in the characters who could live or die. There's also something brought in to the finale that allows this to be a bit different from many other movies about a captured potential murder victim trying to make their escape. Treated differently, with more woven throughout the rest of the script, this could have been a nice little addition. As it stands, it feels like something thrown in for the sake of it.

Although this is the second film from Dabrowsky, it feels as if she has maybe put herself in a holding pattern since her 2009 debut, Family Demons, which seems to have some overlap (but I am only going by the plot summary on IMDb here). I'm not in a rush to see her first movie, but maybe I'll get to it one day. In the meantime, perhaps those who have seen both can let me know if they feel as similar as I suspect they might.

I hope Dabrowsky tries something new with her next movie. Some may like this more than I did, but I doubt anyone will be clamouring for more of the same. 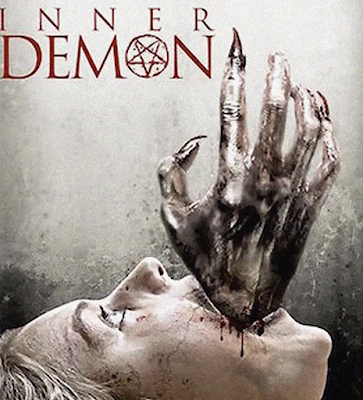