There's never a good time to fire an employee. Unless you're a proper Scrooge, Christmas is probably the worst time to do it. But that is what happens to popular DJ Rush Williams (Romany Malco) in this light and enjoyable bit of holiday fare.

Initially seeing no silver lining on the massive cloud that has descended upon his life, Rush is soon spurred into some positive action by his long-time associate, and close friend, Roxy (Sonequa Martin-Green). A bit of downsizing is required, a new home (well . . . it's their old home, one with less space but more emotional weight to the memories), and a plan to take over a small radio station and start again. If it's not going to be difficult enough already, the person responsible for firing Rush (Jocelyn, played by Tamala Jones) aims to try and make it impossible. There's also the not-insignificant matter of how the four children will adjust to the situation.

Although he has a 2013 festive special under his belt already, director Leslie Small is a strange choice for Holiday Rush. His background is rooted much more in comedy, particularly the live comedy of Kevin Hart, as well as numerous Comedy Jam specials. And Holiday Rush is not a comedy. So I assumed that Small had decided to put his faith in some writers with more experience in this kind of thing. Not so. In fact, neither Sean Dwyer nor Greg Cope White have an extensive list of writing credits, and they certainly haven't accrued the TV movie work that some have (usually those who know the formula in and out and can tweak it every time for a number of variations on the same themes).

Maybe this lack of over-familiarity helps to make Holiday Rush as good as it is, although I am not going to tell you that it's great. It manages to use some familiar tropes sparingly, yet remains focused on the story of a father trying to recover from a major blow while also ensuring that his children can acclimatise to the changes he is taking them through. A big part of the movie, an undercurrent that bubbles to the surface in a couple of crucial scenes, really delivers the lesson that it's okay to not be okay, and sometimes everyone needs someone there to help them, or maybe just be in their corner and continue to believe in them while they work beyond their own doubts. That may sound as trite and cheesy as anything else you could glean from any crop of TV movies, but it's done in a way that handles the unsubtle emotional manipulation better than many others I could point to.

Malco is a pleasant surprise in the main role, considering how much I assumed the material would pump up the bluster and swagger that I always think is his main persona (to be fair, I am basing that entirely on his turn in The 40-Year-Old Virgin, which remains one of his strongest supporting turns). He has the confidence you expect him to have when doing what he loves, but that is tempered by the stress and worry building as everything seems to conspire against him. Martin-Green is very welcome in her role, an obvious close and supportive friend who seems to be at her best when giving someone else a kick in the pants. Darlene Love is a solid matriarch, playing the aunt who knows when to offer tough love and when not to push, and Amarr M. Wooten does his best with what he's given, which is to be the most difficult of the four children, viewing the problems as an indicator that there won't be enough money for him to go to the university of his choice, and viewing some decisions made as personal attacks on things that he holds dear. Jones is a fun baddie, and Deon Cole is a highlight, playing a supposed friend who doesn't really give due consideration to Rush and co. while his own job is safe.

Once again, as if it would ever be different for a film of this type, you know how things are going to end, you know that nobody will get themselves into any kind of situation that they won't be able to get out of, and you know that everything will be wrapped up in shiny paper with a pretty bow on top. But that doesn't stop this from being a very enjoyable slice of Christmas cake, helpfully coming in at an almost-perfect runtime and leaving you with a smile on your face as the credits roll. 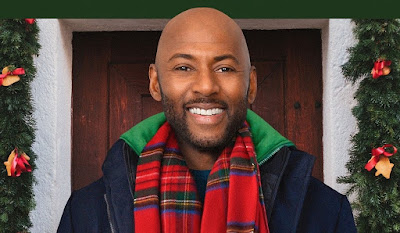