Netflix And Chill: A Christmas Prince: The Royal Baby (2019)

There are some things about Christmas you probably love, and some things about it you probably don't really enjoy. It is nice, for example, to catch up with family members and loved ones you may not have seen throughout the year. But then you tend to have to stay a bit too long, drowsy after the food and/or drink, trying to avoid stepping in any conversational minefields, and just yearning to be back at home with your slippers on and nobody criticising you for dozing off. That is the good with the bad, something you wouldn't miss but never fully enjoy while going through it. And it is in this territory that the A Christmas Prince movies sit. I mean that as a compliment. It is safe, familiar, enjoyable, and can make you feel a bit dopey by the end of it.

The plot is hardly worth summarising, but I will do it anyway. The beloved royal couple are awaiting the pitter patter of tiny royal feet, and the last duty they will perform before the due date is the signing of a royal treaty. But that royal treaty disappears, which is a right royal mess for everyone.

With Nathan Atkins (AKA Nate Atkins) writing the screenplay once again, and director John Schultz returning, after his work on the second movie, this is very much a case of everyone clearly sticking with a good formula that works for them. From the cast to the plot beats, this is almost completely interchangeable with the previous two movies. It's simple stuff, building up tension with a big problem that you have no doubt will be solved before the end credits run, but that's part of its charm.

Rose McIver is still a good lead, now a Queen after the journey of romance that led to the wedding of the previous film, and Ben Lamb is still suitably bland as King Richard. You still have the great supporting turns from Alice Krige and Sarah Douglas, although both seem to have much less screentime in this instalment, and Theo Devaney is once again tasked with making his character, Simon, seem like he could be the villain of the piece. Kevin Shen and Momo Yeung are King Tai and Queen Ming, Crystal Yu is Lynn, who comes along with them, and it is this group who are supposed to be enjoying the Aldovian hospitality, signing the treaty, and then heading home. Oh, and Honor Kneafsey is back in the role of Princess Emily, and manages not to be too annoying.

Viewed critically, and reviewed by standard criteria, this is a bad film. But it gets a pass, because it's one of those films made simply to be a Christmas movie, and we all know that they usually provide different pleasures than other movies. Out of all of the Christmas movies about someone making an impression on a royal family member (and there are a LOT of them), A Christmas Prince remains among the best, thanks to the better cast members. This feels like a natural stopping point, yet I know that I will keep watching them as long as they keep making them (especially if the next one sees the royals trying to be incognito and "normal" while visiting Amber's family in New York - kind of like a clean and Christmassy take on Coming To America). 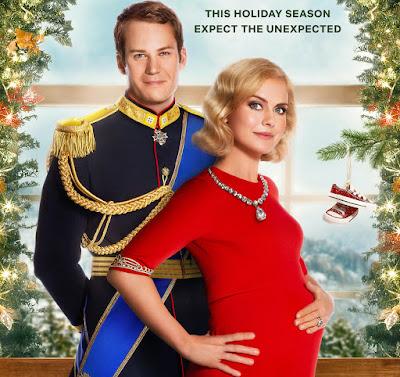