Laila (Sameena Jabeen Ahmed) is a young Pakistani girl on the run with her white boyfriend, Aaron (Conor McCarron). There are a number of people hunting them down, including a pair of men, played by Gary Lewis and Barry Nunney, who seem more determined to cause some damage than the group made up of Laila's brother and his friends. Things don't look like they're going to have a happy ending, and it's all because the two young lovers are from such different backgrounds.

Directed by Daniel Wolfe, making his feature debut after time spent on numerous video shorts, Catch Me Daddy is a very interesting look at a specific problem that continues to affect many people in Britain, especially younger people who don't want to follow the traditions of their family. It's all about expectations, family duty, and the oppressive nature of those things. Although it seems specific to the experience of a Pakistani family in the UK, many viewers should be able to sympathise with someone not wanting to live their life exactly as their parents want them to.

The script, co-written by Daniel and Matthew Wolfe, is vague on the specifics, but they're not needed as you are drawn into the mood of the whole thing. You know that the young leads feel endangered, you know that it seems to be a decision made by Laila's family, and you know that the people who are presently friendly with them are able to take them as they are, without considering their differences in family units and cultures.

The acting from everyone involved is superb. Ahmed and McCarron are two great leads, getting along together in a way that is believable. These aren't lovers who never have a disagreement. They're young people who are frustrated by the way in which they're being hunted, and potentially trapped. Although you get great, natural, performances from Wasim Zakir, Adrian Hussain, Anwar Hussain, and many others I am unfamiliar with, Lewis and Nunney hold your attention more, their performances made more electric by the undercurrent of violence accompanying their every moments.

One of the films I have found hardest to review in a long time, Catch Me Daddy is an assured and vital debut. It's a film that says so much without making it all completely obvious and narrowly defined. Viewers can interpret certain scenes in a number of ways, and there's an end sequence that leaves things unresolved, but the whole thing adds up to much more than the sum of its parts. Take a step back, you'll find at least one minor character you can identify with, or at least understand, and each perspective is as important as the other in creating an image that is placed alongside all of the others to make the full picture. 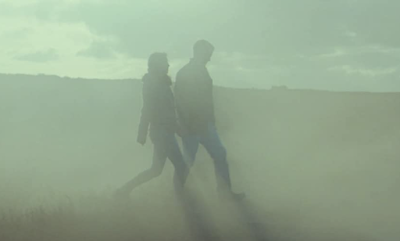