I quite like writer-director Edward Boase. He was kind enough to let me conduct a phone interview with him many years ago. I mistrust mirrors. They show you what is all around us, but different. So Edward Boase making a horror movie about a bad mirror (to put it mildly) seemed like a good combination.

Three flatmates, two of them in a relationship, buy a mirror that has supposed links to a dark past. Setting up a camera in front of the mirror, and aiming to document their own experiences with it, it’s not longer before strange things start to happen. And strange soon starts to become dangerous. Very dangerous.

Taking the “found footage” approach to this idea would seem to make complete sense, and Boase (fleshing out a story created by himself and Keidrych Wasley) seems to know the potential of the material here. He paces things almost as you would expect, although the third act kicks in a little bit sooner than I thought it would, and conversations are often a mix of banter and drip-feeding background details that become more important to the plot as things get worse for the main characters.

Unfortunately, although some may view it differently, Boase keeps things a bit too restrained for the first half of the movie. Even when things get a bit more obvious, and graphic, certain aspects of the film remain frustratingly hidden offscreen. I admire the approach, but it does make you wonder why the setting up of the camera was so important when that footage is used so infrequently.

Joshua Dickinson, Nate Fallows, and Jemma Dallender are fine in their roles. They may be a bit mishandled by the script, which moved between calm to incredible intensity before going inexplicably calm again, but they’re naturalistic enough, and their interactions with one another feel generally believable.

It may not be a bad film, from the central idea to the technical side of things, but it’s far from an essential viewing for horror fans. It’s not serious enough to be thought-provoking and disturbing, nor is it simplistically entertaining enough to make for a bit of fun you could easily recommend to others. It sits very much in the middle, which is where it also ends up with my final rating. 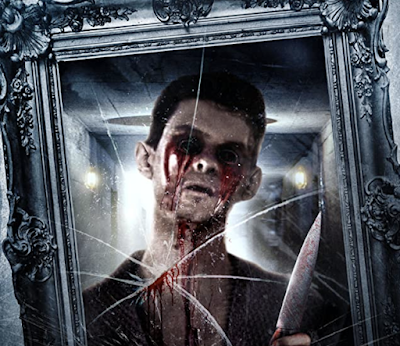