I admit that my review of the short film of the same name that The Stylist was developed from could seem a little harsh. I said that it had decent first half squandered by the second half, and that it was ultimately not very good, although was at least polished and lovely to look at. A lot of people will disagree with that, and I wouldn't spend too much time arguing with them. Because The Stylist was a very well-made short. It just didn't work for me, certainly not as well as it worked for so many others.

And now we have the feature, once again allowing director Jill Gevargizian to get a wonderful performance from her lead, Najarra Townsend.

Townsend plays Claire, the stylist of the title. It doesn't take long to see that she's not your usual hair stylist. She is a bit of a psychopath. Which makes things dangerous for Olivia (Brea Grant), a bride-to-be who needs Claire to help her with her wedding day hairstyle. Olivia acts like a friend to Claire at times, not just a client and service provider, not really noticing any warning signs until it may be too late. Will Claire manage to keep herself under control as the wedding draws ever closer?

Let me start with the good things here. Gevargizian is an excellent director, and has a great eye for making even the more macabre moments look visually appealing. Having co-written the script with Eric Havens and Eric Stolze, she also has a knack for building moments of discomfort and keeping everything moving well as she leads viewers towards an unsurprising finale.

There are also two superb lead performances, from both Townsend and Grant, that help to make the more ridiculous moments feel plausible. Grant has been fairly ubiquitous in the horror genre within the past year or two, and long may it continue, she's always a welcome presence. Townsend may not have quite the same profile, but her portrayal of the sympathetic and deadly Claire should ensure that she is now on the radar for many horror genre fans.

What doesn't work? Without wanting to sound completely dismissive, this feels like a feature that should have remained a short. I know that I started this review with my own harsh criticism of the original short film, but tweaking and fleshing that out slightly could have led to a better end result than this feature. Once the chain of events has been kick-started, and it won't take most viewers long to see where everything is going, The Stylist becomes little more than an okay "punchline" preceded by a number of scenes that don't flow into one another as smoothly as they should. You get those impressive moments I mentioned above, but they're small diversions, and it's irritating to see some scenes create a tension that is then dismissed by the time certain characters next talk to one another.

Despite my thoughts on how this feature would make a better short, and how the original short could have been improved upon, I didn't dislike The Stylist. Gevargizian is someone to keep an eye on, as are both Townsend and Grant, and the film has a certain something that manages to keep you hooked throughout (whether that is the lead performances, or perhaps the potential that's so obviously there in the fascinating central character). I won't rush to rewatch it, but it's worth remembering that I seem to be very much in the minority here. Again. 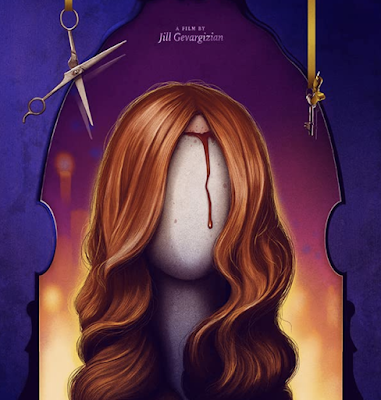