I once had a dream. Not a Martin Luther King Jr. kind of dream. Nothing inspirational or life-changing. Ot was a nightmare. I was trying to stay safe from Freddy Krueger. He kept appearing in various guises, but if I kept away from him until midnight then I'd be alright. I ran, and I ran and ran. I found a small bicycle lying on the pavement, abandoned. It had a basket on the front. And in that basket was an apple. I grabbed that bicycle, jumped on, and started pedalling as fast as I could. Bells started to chime. It was mere seconds away from fully turning midnight. That's when the apple started to unfurl. The peel unwrapping itself, a bladed glove forming from the core, stretching out from the basket. I cried out - "He's in the apple, he's IN the apple" - and the bells continued to chime as I remained fixed to the bike. Then I woke up.

Why have I started my review of Tape 407 (also known in some places as Area 407) with that story? Simple. That story is much better than anything you'll see in this movie.

Assorted characters get on a plane. The plane crashes. Everyone struggles to get their bearings as they also figure out that some predator is loose in the area. A camera keeps recording everything. The majority of the plot hinges on bad decisions and complete stupidity.

Co-directed by Dale Fabrigar and Everette Wallin, and written by Robert Shepyer, there's absolutely nothing here that makes me want to see anything else they have put their names to. I'm amazed that so many people seem to be credited with coming up with the story for this (those already named, plus a couple more), especially when it feels so carelessly thrown together, without any thought given to viewers. In fact, this is a film that will insult most people who stumble across it, even the more die-hard fans of found footage "horror".

I cannot even bring myself to namecheck the main cast members, because the script barely crafts proper characters and none of the actors can do enough to make up for the source material. Some people in front of the camera may be able to do better work with more talented writers and directors, but it's impossible to think that optimistically while this mess unfolds.

"Highlights" include the unrelentingly grumpy and bitter character you just want to see die ASAP, numerous scenes that fail to move the plot forward, people in a car who get a fright and then immediately seem to forget that they're . . . in a car, and a final scene that is laughably predictable while everyone involved seems to think it's a very clever punchline.

Avoid. But if anyone wants to fund my potential reboot of A Nightmare On Elm Street then feel free to drop me a line. 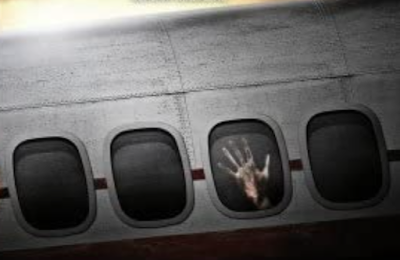