A feature debut from writer-director Bob Giordano, The Odds features a premise that will be familiar to anyone who has explored some more horrifying thrillers of the past decade. It's someone desperate enough for money that they will take part in a game that involves increasingly dangerous tasks that test the limits of every participant.

Abbi Butler is the player, credited imaginatively as . . . The Player. The film focuses on her battle to stay in the game, which mostly leaves her in the company of one Game Master (James J. Fuertes), a man who takes turns being supportive and abusive. The first round involves the player holding their hand over a candle flame. If they last long enough for three other players elsewhere to drop out then they win, and it's on to the next round. Things quickly escalate from there.

I was looking forward to The Odds when I read the main plot description. Having seen many of the other films within this particular sub-genre (and I think there are enough of these kinds of movies out there nowadays to lump into a sub-genre), it tends to be the kind of thing I enjoy. Some deliver twisted fun, and some get very nasty and full of wince-inducing pain.

Giordano, however, hampers himself by keeping everything on a much smaller scale than it needs to be. A film can work if set mostly in one room, and with only two leads onscreen for the majority of the runtime, but the script needs to be much stronger than this. Repeated scenes that have two people getting on, and then not getting on, and then maybe getting on again, but without any trust between them, that's all you get here, which drags everything down much more when the runtime edges closer to the 110-minute mark. Giordano may have managed to get away with his weak script at a lean 75-80 minutes, but the extra half hour ensures that all of the limitations (set, cast, dialogue, etc) turn into major negatives.

Butler tries hard in her role, but she's not given strong enough material to help her really sell the heart of her character. Fuertes is given much more to work with, but it's not the right stuff, and he's not a strong enough actor to do anything more than recite the laughable lines given to him and change his tone between nice and nasty without convincing at either end.

Fans of independent cinema (which I am going to say this is an example of, despite the details and connections often making that designation an uncertain one) will know what can be done with a low budget, small cast, and one location. Necessity is the mother of invention. Sadly, there's nothing here that feels necessary or inventive. 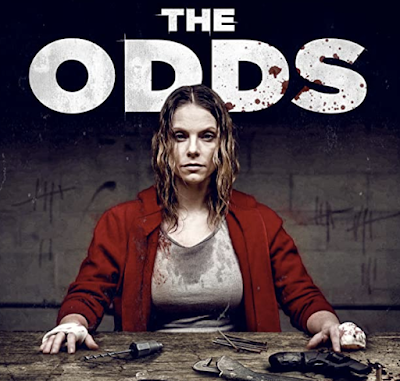