I get it, not every film can be Persona. Or Repulsion. Or any other absolute classic that revolves around the psychological unravelling of a lead female character. That doesn't mean that people should give up though. There are lots of very interesting films that aren't classics. None of those very interesting films seem to come from writer-director Alex Ross Perry, although I am making this sweeping statement after having seen only two of his movies. Maybe I'll change my mind on him soon. Maybe not.

Elisabeth Moss plays Catherine, a woman who is at a real low point in her life, having ended a major relationship and lost her father (who committed suicide). Katherine Waterston is Virginia, Catherine's closest friend. The two are spending some time together at a lake house, somewhere they have spent many times together in the past, but things are strained by Catherine's mental health, as well as a man (Rich, played by Patrick Fugit) who seems to enjoy antagonising Catherine while he keeps popping round to spend time with Virginia. Things move between the past and the present, with nothing really impacting on the characters in a way that feels meaningful.

It's not that Queen Of Earth is irredeemably bad. The script has some good lines, and Perry certainly helps himself by picking two women who do a good job in the lead roles. But that doesn't give the film a free pass. Those good lines are like small pieces of gold in a whole lot of muddy river water, and no one speech or exchange holds up as an entirely satisfying piece.

Moss gets to be at her most erratic, sometimes child-like in her mannerisms and sometimes looking ready to kill someone. She does well, and obviously relishes delivering the best lines given to her. Waterston has less motivation for some of her behaviour (she's depicted as being quite the unfriendly "friend" in some of the flashbacks that show her reacting to Catherine's relationship), but she commits to the performance. I've never been the biggest fan of either actress, which means other people who enjoy their work more may well like this film a lot more than I did. As for Fugit, he's given a character who is irritating for almost every moment he's onscreen. It's nothing that even a great actor could work to improve, and Fugit, although decent enough in the right roles, is not a great actor.

The fault here lies squarely with Perry, who fails to make the most of his assets. If he'd been more confident with the tonal shading, if he'd laced the script with some more intriguing details, and if he'd just been a bit more focused, then this could have been a good film. The cast would have had a chance to really shine. But Perry does none of those things, and it's only thanks to the cast that any of it is tolerable. 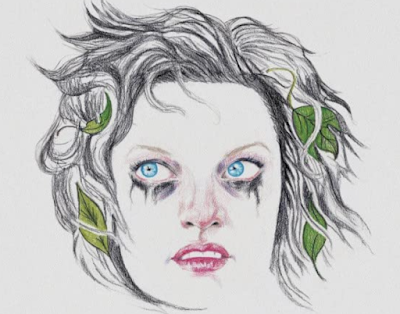