At the last count, I think there were approximately twenty films in the Wrong Turn movie series. I could be misremembering, but I'm fairly sure that I'm correct. Every movie was pretty much the same; some inbred cannibals pick off numerous victims, often using some traps dotted around the vast woodlands they call home.

This Wrong Turn is a reboot written by the same writer of the original film, Alan B. McElroy, and there's enough here to keep horror fans happy. But there are also a couple of key points that may work against it. I'll come to those later.

Matthew Modine plays Scott Shaw, a father who arrives in a small town near the Appalachian Trail on a search for his daughter, who he hasn't heard from in about six weeks. Jumping back to six weeks previously, viewers are shown what happened to his daughter, Milla (Charlotte Vega), and the friends that she was travelling with. And what happened to them involved some woodland traps, an accident or two, and a self-sufficient community known as 'The Foundation', headed up by Venable (Bill Sage).

Directed by Mike P. Nelson, Wrong Turn is a well-balanced mix of nasty gore gags and attempts to be more seriously disturbing. Helped by McElroy's script, fans of the series will like the fact that they get something very much the same, but different. Traps are used, unwitting travellers are caught unawares, and the main villains are a very tight-knit "family".

Vega is a decent lead, she's allowed to show some real strength in the moments that have her character doing whatever needs to be done as she keeps survival in her sights, but no other members of her troupe really stand out, unfortunately. Sage is an impressive head villain, always a threat and always seeming one step ahead of the protagonists. Modine does well with his supporting role, and gets more involved with the main events during the third act. The other main person to mention is Tim DeZarn, playing a local who may or may not be wishing misfortune upon the young travellers.

And yet the small differences are enough to stop this from feeling in line with the pure horror entertainment vibe of the original movie. It may seem churlish, but the plotting here, the use of 'The Foundation' instead of those crazy cannibals, stops it from feeling like a Wrong Turn film. Although McElroy may have wanted to revisit his earlier work and rework it, perhaps it could have been better to just have it as a new, original(-ish) horror property. Although that would leave them unable to sell this as a recognisable brand name.

Overall, it's a decent film, especially if you don't pick apart all the holes in the logic of it. It's worth a watch. It just doesn't seem to fit alongside all of the other movies with Wrong Turn in the title. 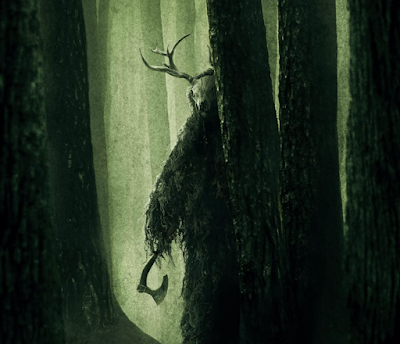