Sometimes you are hunting around for the right thing to watch on a Saturday evening and you remember a Jason Statham movie you have yet to see. Not only that, but this particular Statham movie also features Jet Li in a main role.

Statham plays an FBI agent named Crawford who is after a deadly assassin named Rogue (Li). Rogue apparently killed Crawford’s partner, Tom, as well as Tom’s wife and child. He now seems to be killing off both Triads and Yakuza, which makes his motivation very puzzling.

If you haven’t heard of director Philip G. Atwell then the opening scenes of this movie will make clear why. I haven’t seen a director make action quite so headache-inducing since I endured the second Resident Evil movie. I was completely unsurprised to find that Atwell has a background based largely in the music video world, an approach to the film format he isn’t able to shake off here.
I was equally unsurprised to see that this was the first full script from Lee Anthony Smith and Gregory J. Bradley, two men who decided to blend a bunch of action movie clichés with one or two frankly preposterous plot twists. Yet the silliness of everything helps to make it more enjoyable as it all moves towards an action-packed finale.
Despite the efforts of Atwell, this is a hard film to truly hate. There are some decent set-pieces, the pacing is surprisingly good for a film that runs to approximately 110 minutes, and you at least have your star power.
They may not interact as often as viewers would like, but Statham and Li are given enough moments to do what fans will want to see them do. The former is left to do the less exciting stuff, he is piecing together a puzzle that can only be fully revealed in the very last scenes, but he still does his usual thing with conviction. Li is his expected mix of quiet and power, and gets some decent fight sequences in the second half of the film. There are also solid supporting turns from John Lone, Devon Aoki, Ryo Ishibashi, Mathew St. Patrick, Sung Kang, Luis Guzmán, and Saul Rubinek.
Violent, silly, and entertaining. It’s the least you expect from a Statham action thriller. One of his lesser films, but still an okay watch.
5/10
https://ko-fi.com/kevinmatthews 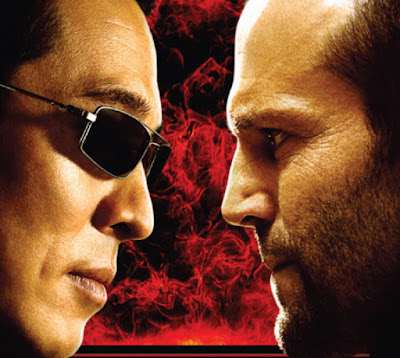