It can be surprisingly comforting at times to watch a film that is so bad, in almost every way, that I know my review will flow easily as I simply rummage around in my brain for the right expletives and derisory comments. I try to keep things from getting personal, which is a good rule to go by, but there are some films that make you want to be a bit more rude about them than usual.

Stay Out Of The F**king Attic (not me censoring the title, that is how it is displayed) is one of those films. It's sadly inept, which means the distasteful central subject matter never gets a chance to become something fun and gory.

Ryan Francis is Albert Schillinger, the boss of a removal company that gives opportunities to those who have served time in prison. Two workers with him on his latest job are Imani (Morgan Alexandria) and Carlos (Bryce Fernelius). They're about to empty the house of Vern Mueller (Michael Flynn), who wants everything gone within 24 hours, except anything in the basement and attic, both of which are out of bounds. Discovering one oddity after another, the movers soon start to realise something is very wrong. There's someone, or something, else in the house. And Vern Mueller may not be who he says he is.

That premise may sound intriguing to you. And if I add that there's a central plot strand about Nazism, and the experimentation that used to go on during WWII, then you may be even more intrigued. Don't be. This is a terrible film, clearly written by people who think they are being edgy and fun, when that couldn't be further from the truth. The best example is the young woman who appears, named Anne (Brynne Hurlbutt). She's quite monstrous in appearance, but also not necessarily a danger. And she's been hidden away in the house. So you pretty much have Anne Frank reimagined as Anne Frankenstein, without them actually leaning as far into that idea as they would need to, in order to make it fun (Troma would have done that, and it's not often I sit there wishing a movie would have been a Troma movie instead).

Director Jerren Lauder also helped to write the script with Jason Goldberg, Jesse Federman, and Julie Auerbach (all making their feature writing debut, with the exception of Auerbach). I'm not sure how it took four people to write this, especially when individual moments don't make any sense, logic isn't a major concern, and the end of the film shrugs off any consequences in a way not entirely like the way a child would simply pluck a happier ending out of thin air when unable to plot a more satisfying ending. Lauder is also directing a feature for the first time here, and it shows. Everything feels clumsy, and also completely contrived, and he cannot do anything to compensate for the writing or the acting.

Yes, the acting is also pretty bad. Sorry to say it. Francis has some of the better moments, and somehow manages to play things just about right, even when he's in some completely ridiculous scenes, but Fernelius and Alexandria are unconvincing throughout, with the latter also suffering from poor direction in scenes that have her unable to authentically yell out in pain and/or panic. Flynn is over the top from start to finish, playing his character like some obvious panto villain.

One to avoid, obviously, Stay Out Of The F**king Attic isn't even the right kind of dumb to make for a fun evening viewing choice at the weekend with some good food and drinks to accompany your viewing. It does almost nothing right, save for some decent practical effects and a couple of decent ideas that are never properly realised. 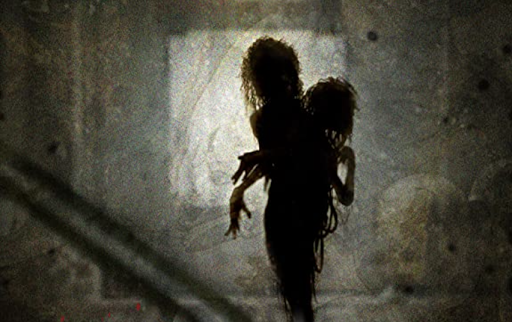