As a big fan of zombie movies, White Zombie was one I had been aiming to see for many years. The only other one now left on my list is I Walked With A Zombie, which will make me happy. I'm not saying there aren't many other zombie movies I need to see, but these are the sub-genre milestones that I feel I should have marked off my list way before now.

Being from 1932, White Zombie obviously isn't a gore-filled zombie flick as we mostly know them today. It's a rather sedate little film, but full of great atmosphere, as well as some great eyeball work from Bela Lugosi.

Madge Bellamy plays Madeline Short, a woman due to marry her fiancé, Neil Parker (John Harron), in Haiti. Staying at the home of a plantation owner named Charles Beaumont (Robert Frazer), viewers soon learn that Charles is in love with Madeline, so much so that he enlists the assistance of a man named 'Murder' (Lugosi). 'Murder' is a bit of an expert when it comes to zombiefying people, so his plan naturally involves a poison which will make Madeline seem dead, allowing her to then be resurrected and controlled. This plan causes some upset for Neil, to put it mildly, who eventually teams up with Dr. Bruner (Joseph Cawthorn) when he suspects that the love of his life isn't really as dead as she appeared to be.

Although quite creaky, and without any great acting throughout, White Zombie has to be viewed as an impressive horror piece from a time when we weren't being overrun by hordes of the undead. In fact, it would seem to be the very first proper zombie film, which means it deserves a little respect for that alone, if nothing else.

Director Victor Halperin moves everything along swiftly enough, making fine use of the sets to keep the spooky and oppressive atmosphere throughout, and the runtime clocks in at about the 70-minute mark, ensuring you shouldn't be fed up of it by the time it ends, even if one or two scenes feature characters clarifying some rules and behaviours that are now common knowledge to most horror fans. The script, by Garnett Weston, does a good job of putting everything and everyone in the right place, and building towards a third act that remains entertaining enough, even if it's easy to see coming a mile away.

Lugosi is the star here, for his gaze and the hand movement he keeps making while controlling any zombies. If you're a fan of the horror icon then that's another reason to watch this. Bellamy is pleasant enough, but spends a large portion of her screentime in her "dazed" state, and both Frazer and Harron do decent work. It's a shame that Cawthorn, playing the knowledgeable doctor, isn't better in his role, as he gets to play the elderly figure so often turned into the real hero in movies from this time, but he's just alright.

Not a film to convert anyone who dislikes older movies, White Zombie is definitely one to watch if you are a horror fan interested in the cinematic history of the genre. It's a vital touchstone, and gives Lugosi some more iconic moments. 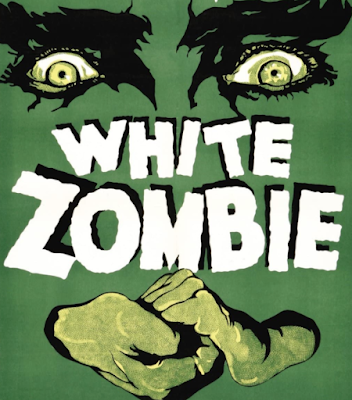