A low-key comedy drama from writer-director Andrew Bujalski, Computer Chess is set in the 1980s, and focuses on the various characters attending a tournament that is set to pit man against machine. It's about time for the machines to start winning, which will surely disappoint the traditional chess players.

Despite the cast here, the easiest story strand to follow belongs to a player named Papageorge (played by Myles Paige). Papageorge is a bit disorganised in his life, to say the least. He is in need of a hotel room, in need of money to pay some people he needs to pay for pills, and needs to win against a machine. But will any of his needs be met?

Using the time and place to pick apart the precious attitudes of people not necessarily wanting to welcome the ongoing march of progress with open arms, Computer Chess may well be about chess, but it features people and attitudes that will be recognisable to anyone who has encountered passionate hobbyists, gamers, and various gate-keepers in any small community. The conversations here range from the dry to the heated, and there are even some strange scenes of sexual awkwardness.

Presented mostly in black and white, and with a lot of the conversations dropped in and out of while everything simply rolls along, Bujalski runs the risk of creating something far too irritating and uninteresting for most film fans, but he somehow manages to make it constantly watchable. Keeping many scenes very busy, allowing viewers to take in some other small details and snippets of chat while the individuals meant to be the focus of the scene simply drone on about something that is usually only interesting to themselves.

Paige is very good in the role of Papageorge, and there are a number of other wonderful performances from people I wouldn't recognise in any other films (if they ever starred in any other films). Pitched just perfectly between slightly stylised and perfectly natural, every performance feels just right for the tone of the film, and the gentle prodding coming from Bujalski. This is absurdity, but it's absurdity presented in a way that never spells it all out, instead letting one scene run into another, and another, with the full effect only really obvious as you sit back and think about all that you've just watched.

Although I'm not familiar with the filmography of Bujalski, I hope that some of his other movies are in line with this one, if not better, and I look forward to checking out his work. For others who are unfamiliar with his name, I'd cautiously recommend this. You have to know that it's a film that doesn't seem to be about anything really important, yet the fun comes from everything onscreen being very important to the main characters. 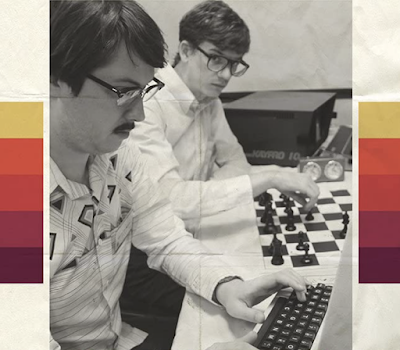