Based on a novel by Jackie Collins, and starring her famous sister, Joan, The Stud is almost exactly how you think it will be. Trashy. It's all about sex and power, with a main character who thinks he has a clear path planned out ahead of him, not knowing what his lifestyle could really cost him.

Oliver Tobias is Tony, the titular stud. He manages a nightclub, and has dreams of opening his own place one day. He thinks he can transfer a lot of the clientele, but other people believe he's spent far too much time being the plaything of Fontaine (Joan Collins), the wife of Tony's boss. Things are complicated when Alex (Emma Jacobs), Fontaine's stepdaughter, finds out about the talents of Tony, and decides to use him out of spite.

Directed by Quentin Masters (he only has four features to his name, this probably remains his most well-known), with credit for additional script work going to Dave Humphries and Christopher Stagg, the only people really making their mark here are the Collins sisters. Jackie writes the popular mix of sex and partying and rich people, and Joan has the perfect way of delivering the kind of dialogue that needs to be spoken with a conviction it never deserves. She's also happy to disrobe for a number of the sex scenes.

Although Collins is the star at the centre of the whole thing, Tobias does a good job as Tony. He's handsome enough, confident enough, and very cocky (no pun intended . . . okay, maybe it's a bit intended). And he shows his confusion and anger when it starts to become obvious that the life he has planned may be slipping out of his grasp. Jacobs isn't onscreen for long, but her character makes a strong impression, thanks to her urge to test out Tony. Sue Lloyd also livens things up, playing Vanessa, Fontaine's close friend, and the supporting cast is rounded out by the likes of Walter Gotell, Tony Allyn, Mark Burns, and one or two more faces who may be familiar to those of a certain age.

Another character worth mentioning is the music, with a number of popular disco hits interspersed throughout the soundtrack. It's a good mix, with tunes including Car Wash, Love Is The Drug, and Every One's A Winner, and more, perfectly summing up both the period of the film and the world through which the leads sway and strut.

Easy to remember for the elements that make it risible, The Stud is also better than you might think. If made for modern audiences, the second half would have more nightmare imagery and a feeling of things twisting from sexy fantasies to hedonistic hellscapes. It plays things a bit safe, not wanting to fully push away the viewers who enjoy the perks of the lifestyles on display, but it certainly tries to introduce a darkness that builds and builds to an unsatisfying, yet also very fitting, end. 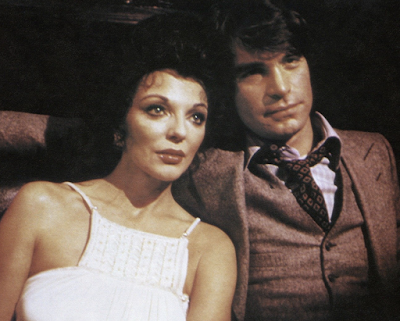