The team behind the popular thriller, Searching (Aneesh Chaganty and Sev Ohanian), are back with another well-tuned thriller to show that their previous film wasn't just a fluke. They know how to take a solid premise and turn the screw with every scene to ratchet up the tension as they drag viewers to a knuckle-whitening finale.

Essentially a two-hander for a lot of the runtime, Run is all about Diane Sherman (Sarah Paulson) and her daughter, Chloe (Kiera Allen). Having looked after Chloe for her entire life, Diane may need to adjust to life alone if Chloe gains admission to the college of her choice. But there hasn't been any post confirming this, and Chloe starts to wonder if her mother is trying to hide something from her. And does it involve more than just a letter from a college? Having been wheelchair-bound for most of her life, as well as having asthma and a number of other illnesses, Chloe needs to use every ounce of her strength and intelligence to try and figure out just what is going on.

It's hard to discuss Run without inadvertently giving anything away, so I won't. Well, okay, I kind of have to, but I'm going to be deliberately more vague than usual.

First off, and the easiest thing to say, Paulson and Allen are both superb in their lead roles. As familiar with Paulson as I am, this is easily one of her best performances, even when she gets to act a bit more over the top in the second half of the film. It's a nice escalation, and Paulson gives her character a complete self-belief in her actions and motivations. Allen plays almost every one of her scenes with a strength and grit that makes her journey mesmerising. Elsewhere, Pat Healy pops up to play "Mailman Tom", Sharon Bajer is a woman working in a local pharmacy (who may or may not know why Chloe has started to be prescribed some new pills), and Sara Sohn is a nurse who might end up noticing something that helps save a life.

The script, co-written by director Chaganty and Ohanian, is largely put together with enough realism and logic to allow you not to question things too much as things start to get more and more out of control. There are some major flaws, including one inexplicable moment that is only there to add a reveal and some further exposition, but the big main sequences of thrills and tension make it very easy to leave any questions you may have set aside until the end credits have rolled.

Without the restrictions of the main gimmick they were using in Searching, Chaganty and Ohanian do even better work here, digging down further into levels of darkness and twisted behaviour that help a number of key scenes in the film really pack a punch. It's slick, may make you wince in pain a couple of times, and boosted by two fantastic lead performances. A near-perfect thriller. 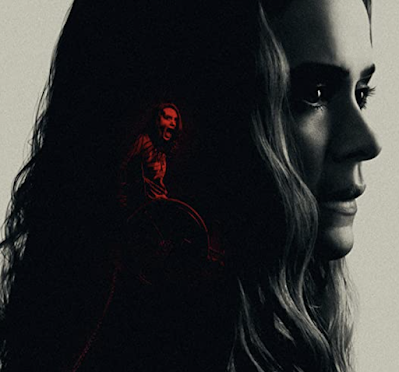