While I liked A Little More Flesh, the second feature from writer-director Sam Ashurst, I had some issues with it that held it back from being something truly great. Other people didn't have those same issues, so maybe it was just me being in the minority. Which may be the case again here, but I am happy to say that A Little More Flesh II is an impressive step up from the preceding film, even if it is also an interesting logical progression in the meta-layered approach that Ashurst has been using to make a couple of features under extremely challenging conditions, especially for independent artists trying to get films made.

Ashurst plays Sam Ashurst, looking to follow up his last film with something entitled 'Stalker'. He wants to use footage from Harley Dee (played by Harley Dee) and Sean Mahoney (played by Sean Mahoney). The film that we see plays out various snippets of self-recorded footage, overlaid with phone/computer conversations between Ashurst and his cast members. It soon becomes apparent that Ashurst has a hidden agenda for this movie project, and it's something that will send him further and further beyond the boundaries of anything that is acceptable.

Co-written by the three leads, and I am not sure how much of it was improvised and workshopped, A Little More Flesh II plays with viewers in a thrilling and unnerving way. Once certain things become more apparent, you realise that nothing you have been watching has really been okay. And you're warned from the opening scene (a moment showing Elf Lyons, star of A Little More Flesh, berating Ashurst and insisting she definitely doesn't want to work with him on this project).

Although it escalates to what many may deem an unbelievable level, the dark beauty of A Little More Flesh II comes from the core of harsh reality to so many ideas bubbling through it. The male who hears another male being inappropriate and tries to speak up against it, but doesn't do enough to really help the situation. The manipulative abuser blaming a victim for the situation that they've put themselves in. The horrible way people can hold a little bit of power over others, be they employees, loved ones, the vulnerable, minors, or anyone who may be relying on someone else to do right while they are in some position of authority, however small. The projection of emotions on to someone else. Denial, anger, spite, obsession, it's all here. And it gets worse. But, no matter how bad it gets, there's also always an audience there for it.

A large part of the success of A Little More Flesh II comes from Ashurst playing an onscreen version of Ashurst (and I admire him for giving a performance that puts him in such a horrible light). I noted for his previous film that Ashurst didn't sound convincing as an old man in his seventies, but he obviously sounds convincing as Sam Ashurst. Mahoney and Dee are both very good, with the latter needing singled out for a performance that requires her to make herself vulnerable onscreen for most of the runtime. There are also a couple of solid cameos at the very end of the film, a bit of light relief after the difficult viewing experience that you've just gone through.

Certainly not for everyone, casual horror movie fans who want something slick and full of jumps won't want to stick with this, A Little More Flesh II displays uncomfortable footage that seems to last for far too long, almost challenging viewers to keep watching. We're all complicit, yet it's almost impossible to just turn it off and walk away. And that's kind of the point, with Ashurst making one hell of a clear statement on the nature of humanity, and our tolerance for nastiness that is packaged in a way we accept as just something we cannot stop. Maybe he will get his message across, or maybe those who think they can clear their conscience by typing "not all men", for example, will continue to think that they're doing enough to stop the insidious acts of evil committed every day by abusers. I hope for the former.

A Little More Flesh II debuted, I believe, at yet another fantastic Sohome Horror Film Festival. Check out the website here. 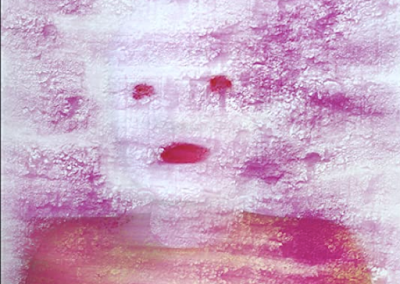