I have said before, and will undoubtedly say it again, that anthology horror movies are often an easy sell for me. I love short film content, and even an uneven horror anthology should have some thing to entertain you among the various segments. If you don't like one then just wait, a better one should be along soon enough for your viewing pleasure.

The Field Guide To Evil is a film that has come along to be the exception to that rule. I can't remember the last time I had such a miserable experience with a horror anthology movie, and it's quite telling that my memory of many of these shorts has faded so soon after watching the film.

With the emphasis very much on folk horror, as is clear from the title, a variety of writers and directors set out to provide cinematic interpretations of folk tales from their countries of birth. This covers a wide range of potentially interesting tales, from a goblin wanting to join in with some revelry to forbidden love, from  a djinn that is connected to childbirth, to a group of humanoids known as "melonheads".

The big problem here is that almost none of these stories are interesting enough for their limited runtime. Which would be fine if the runtime was a bit more limited. This film clocks in at just under two hours, and not even a quarter of that is as entertaining as it could be.

Although things often look visually impressive, the writing often leaves a lot to be desired, and the cast are left struggling to convey any decent message as the screen is filled with odd, although often pleasingly unsettling, imagery. Text often sets the scene for each tale, but viewers may still feel as if they're dropped in to the middle of something that is a bit too complex for the kind of quick scares and punches that anthology segments usually provide. Although I have said that the film runs too long, many of these short tales could be greatly improved by being further fleshed out and turned into a full feature.

I'm not going to name all of the writers and directors here, sorry, but I will say that names I was looking forward to seeing work from include Peter Strickland, Can Evernol, and Agnieszka Smoczynska. If you also enjoy their work, I recommend you go back to rewatch some of their features.

In fairness, there's very little here that absolutely stinks, to use a proper cinematic term. It's just that nothing makes enough of an impact, which makes the runtime feel like more of an endurance test than it should be. The tales should feel varied, but they don't. They should feel like a worthwhile point is made, in my opinion anyway, but they don't. This could have been, stripping away some of the narrative story aspects, an interesting collection of visual essays. It isn't. I just didn't like it. And I continued to dislike it for most of the two hours it was on. Which made me feel rather grumpy as the end credits finally came around. 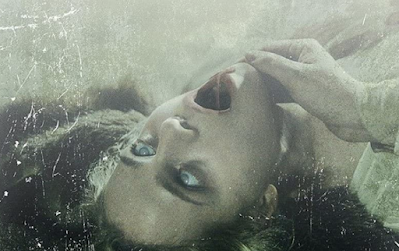