Look, I don’t actually hate Danny Dyer. I rarely think he is the best actor for any role (one or two major highlights aside), and many of his movies have been amusingly incompetent, but I still always root for him to pick better films to star in. Unfortunately, he seems to think that his bread and butter comes from British movies in which he can portray a tough lead. And maybe that is where his bread and butter comes from. But it never leads to his best work.

Dyer is Jamie, the titular assassin. He is hired by two crooks (played by Gary and Martin Kemp) to kill off a competitor. Which he does. But not before coincidentally sleeping with Chloe (Holly Weston), who happens to be the daughter of the soon-to-be-dead crook. Complications ensue, and Jamie shows himself to be a terrible choice of assassin, although we’re supposed to think he is still a most excellent and capable killer.

Written and directed by J. K. Amalou, this film is so carelessly thrown together, with everything leading to a final ten minutes that is supposed to feel like a satisfying finale, that it borders on the outright insulting. Dyer at no point seems like a good fit for the main role, and none of the other characters are written to seem at all convincing.

The cast cannot really be bothered. They have been paid, maybe get some free food and drink as they spend time in between scenes, and half-heartedly recite lines from a script they must know is just dire. There’s no style, no decent score to help, nothing to help distract from the awfulness of it all.

As for Dyer, he walks through his performance looking as if, moments before the camera started rolling, he was just woken up from a nap and asked to reel off the first twenty integers of pi. In the pantheon of Dyer performances, this ranks as one of his very worst.

Nobody livens up the material, no part of the plot gives you something to care about (either due to the laughably weak characters or the editing removing any tension from the sequences that are supposed to be standouts), and this is a film destined to be forgotten by everyone, until you see fifty copies of it on a shelf in your nearest Poundland store. 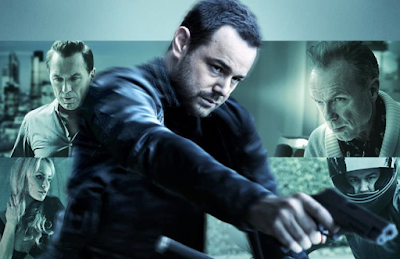