A strange mix of comedy and horror aimed mainly at children (I would say the perfect age range for this is about 10-13), The Willies is an anthology film that makes the mistake of not maintaining the energy and fun of its opening sequence.

Sean Astin, Jason Horst, and Joshua John Miller are three kids spending a night together in a tent. Which means they obviously start to tell one another scary stories. After a few “appetisers” it is on to the mains. Story one involves a young, put-upon, school student who discovers a creature that will happily munch on anyone it catches. Story two involves a teenager who is obsessed with dead flies, even putting them into biscuits that he then tries to get others to eat.

Written and directed by Brian Peck, an actor who has only helmed this one film, The Willies is easy to see appealing to younger viewers, if they can be patient through the less horrifying moments. Think of a cross between Goosebumps and any American TV show that just depicts a couple of main characters being deemed as outcasts in their school and you should know the tone. Peck does well when it comes to the scares, knowing just how far to push things with the tension and occasional gore effects, but he sets everyone up for some disappointment by presenting a strong opening that the rest of the film never equals.

The child actors already mentioned do just fine in their wraparound section. Ian Fried is a decent young lead, playing Danny Hollister in the first main story about the creature in the school, but Michael Bower isn’t given enough to help make him worth journeying with throughout the second story. Genre fans will have fun seeing the likes of Kimmy Robertson, James Karen, Kathleen Freeman, and a few other familiar faces in supporting roles.

I am fairly sure that I have heard some friends refer to this film with some fondness, and I guess seeing it at the right time would explain that. Although not a great anthology, nor a great kid’s film, it’s a fantastic gateway. But even then . . . you could always just pick the wonderful “Eerie, Indiana”. 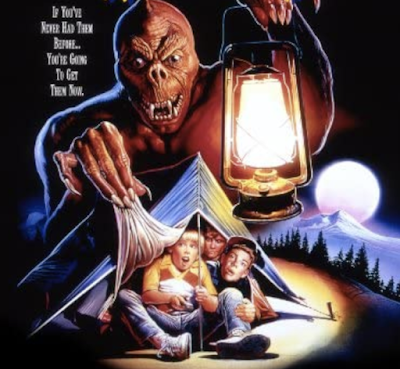