Written and directed by Corinna Faith, The Power is a horror movie that perfectly mixes some strong scares and real emotional depth. It's not the first feature from Faith, who has a filmography stretching back about fifteen years or so, but it's certainly a film that should help mark her out for great things ahead, and one that has pushed me towards eventually checking out her past works.

Rose Williams plays Val, a young nurse who is thankful to be hired at a hospital in the area she grew up in (although she has no family in the area). The Matron (Diveen Henry) is a tough woman, so Val finds herself unable to refuse when asked to continue her shift through the night. That would be fine in a modern, bright, hospital. This is the 1970s, and a time when the miners strikes meant that power was switched off throughout Britain through the night. There's something in the darkness of the hospital, or maybe Val just has an over-active imagination. Maybe the biggest threat comes from the colleague who used to bully her in her childhood years. Or maybe there's a lot more hidden away inside the walls of this labyrinthine building.

I really liked The Power from the very beginning, with Williams giving a very sweet and awkward central performance. But I knew generally where it was heading. This isn't a film that will blindside many genre movie fans with the ending. The real pleasure, however, comes from the journey. There are some moments here that are astonishingly impressive, utilising superb work from Faith, fantastically creep sound design, and a physical performance from Williams that should also see her earmarked for more great work in the near future.

There's also the fact that, from the very beginning, we know that The Power refers to a number of different interpretations. A presence that may be in the hospital, the power between employer and employees, the power between people when one of them knows something about the other person that they want to keep in their past, and the urge to feel power that fuels abusers. The first half of this film may have the expected creaking doors and eerie moments, but it gets more tense and dread-filled in scenes showing Val having to work with Babs (Emma Rigby), a young woman who knows that she didn't treat Val that well when they were children. Bringing Neville (Theo Barklem-Biggs) into the mix, the man who has all the keys and does maintenance throughout the building, adds even more tension.

As well as everyone already mentioned, Nuala McGowan and Gbemisola Ikumelo both do great work as two other nurses working on the nightshift, Charlie Carrick is Doctor Franklyn, a friendly face who inadvertently gets Val into some trouble, and Shakira Rahman is a young patient named Saba, scared of something that she doesn't communicate directly to others, but finding some comfort in the company of Val.

There are some problems with the pacing, and the more obvious and predictable moments that feel as if they've been ripped straight from almost any glossy, supernatural-tinged, thriller from the start of the 2000s, but the journey you get to go on with the lead character makes everything more than worthwhile, and the very last scene shows how the nightmarish darkness can also be a dreamy escape. Many will roll their eyes at some of the plotting, but I highly recommend it nonetheless. 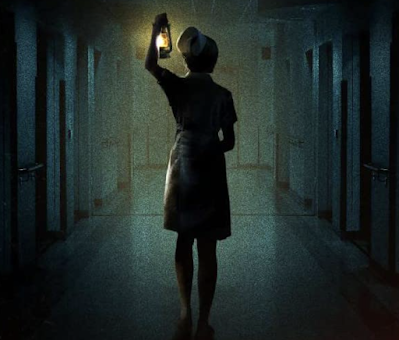