Kenneth Branagh and Emma Thompson star in this enjoyable thriller/neo-noir that stars the former as a private detective, named Mike Church, trying to help the latter after she has lost her memory and voice. That's not all, however, as both stars also play characters who have shared a tragic event in the past. Has the trauma that occurred many years ago in the lives of Roman (Branagh) and Margaret Strauss (Thompson) somehow affected the mental state of the woman who needs help in the here and now? Perhaps a hypnotist (Derek Jacobi) can help. As revelations start to come to the surface, the young woman starts feeling more afraid, worried that the past will repeat itself.

As well as starring in one of the main roles, Branagh also directs the movie, and a fine job he does of it too. The script, by Scott Frank, is pretty well put together, with a number of very enjoyable twists en route to the grand finale and nice, easy transitions between the present and the past (although it helps that the past scenes are in black and white - a choice made after filming had been completed).

The cast are great, with Branagh and Thompson both enjoyable in the lead roles, despite affecting some horrible accents (a bit of a distraction). Jacobi is wonderful in his role, Wayne Knight gets to play someone likable, which is a rarity, Andy Garcia is very good as a reporter who covered the Strauss incident, and Robin Williams has a small, but highly entertaining role, as an ex-psychiatrist who can offer a second opinion on the condition of the leading lady. Campbell Scott appears onscreen for a moment or two, long enough to make quite an impression with his smooth, too good to be true, persona.

Dead Again is a fun film. It's enjoyably old-fashioned and full of many nice details. The more I think about it, the more I like and appreciate it, even with those horrible accents being used by Branagh and Thompson. I'm not sure if it all holds together perfectly, but I can't think of any huge plot holes that pulled me out of the viewing experience, and it develops the narrative strands - past and present - in a way that keeps things interesting, and surprisingly fresh, without getting too smug.

It may not be AS essential viewing as many other movies from this category, but it turns out to be well worth your time.

Available to buy here, but do NOT read the spoilerific product description if you haven't seen the movie - http://www.amazon.co.uk/Dead-Again-Dvd-Kenneth-Branagh/dp/B00005UO5G/ref=sr_1_1?ie=UTF8&qid=1383844678&sr=8-1&keywords=dead+again 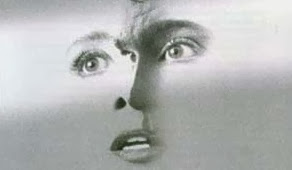