Another version of the tale originally written by James M. Cain, this movie caused quite a sensation when first released in 1981. Viewing it today, it's hard to tell just why people thought it was so good. It's also hard to tell why people thought stars Jack Nicholson and Jessica Lange decided to actually have sex in their passionate sex scenes. It may be spicy stuff, but there's nothing to suggest that it's more real than many other movie sex scenes.

Nicholson plays drifter Frank Chambers, and Lange is Cora Papadakis, married to the kind and trusting Nick Papadakis (John Colicos). As Frank and Cora grow closer to one another they decide to get Nick out of the picture. Things don't go quite according to plan (do they ever?) and the two characters soon find themselves being played against one another by those seeking justice. Thankfully, they have the shrewd Mr. Katz (Michael Lerner) on their side.

Directed by Bob Rafelson, and adapted for the screen this time by David Mamet, this focuses more on the fires that burn within the central characters, and the almost masochistic nature of their relationship, than the main crime and its repercussions.

Nicholson and Lange are both very good in the lead roles, as you'd expect from this pair in the 1980s, and the support cast are great (Colicos is just jovial and sweet, Lerner does well with a relatively small role, likewise with John P. Ryan, William Traylor and Anjelica Huston).

The problem I have with the film nowadays is that it feels as if it was designed to shock, with very little else to it. The fact that it still proves relatively watchable is due, mainly, to Nicholson and Lange, but the sex isn't sexy, the characters aren't people that you want to spend too much time with and even the very end of the film disappoints, especially compared to the 1946 version of the tale.

Still one to watch, and there are lots of people who rate this higher than I do, but I didn't find anything more to it than the sex and treachery. I love a bit of sex and treachery, but I also love a bit more going on, either technically or throughout the script, which this doesn't have. 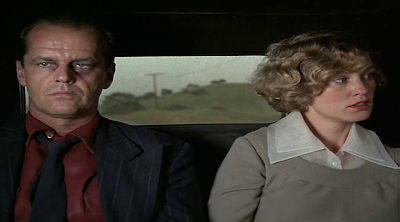