Hitch-hikers haven't always had the best luck in film noirs. They are either, for the most part, dangerous individuals or end up stuck beside dangerous individuals. The character trying to hitch a lift from A to B in Detour ends up in the latter camp, but only after enduring some terrible luck.

Tom Neal is Al Roberts, a man determined to uproot and head across country to join the woman he loves (Claudia Drake). All seems to be looking up for him when he gets a lift from Charles Haskell Jr. (Edmund MacDonald) but that doesn't last long. One horrible piece of bad luck later and Al finds himself at the mercy of a woman named Vera (Ann Savage), a woman who sees Al as key to her latest money-making scheme.

Directed by Edward G. Ulmer, and written by Martin Goldsmith, this is a bit of a twist on the standard hitch-hiker scenarios that still hits a number of familiar beats. It's not up there with the very best I've seen, the script isn't that sharp, and it suffers in the last couple of minutes from a predictability to do with the time and moral code of when it was made, but it's very enjoyable nonetheless.

Neal is likable in the lead role, shown first as someone in a very bad mood before the main story is told in flashback, explaining his ill temper. MacDonald is okay, although he's not onscreen for long, but it's Savage who dominates the movie as soon as she first appears. It doesn't take her long at all to show her true colours, and it's then just one bit of bad news after another for the main character, at the mercy of a woman who will happily use him as long as she can. All of the main performances are good enough, but it's Neal and Savage working together that makes this better than average.

With its slim runtime, about 70 minutes, and lack of any BIG moments, this could be viewed as something far too slight to be enjoyed, or even to compete with other great films from the decade, but it does enough with each scene to make it worth your while. 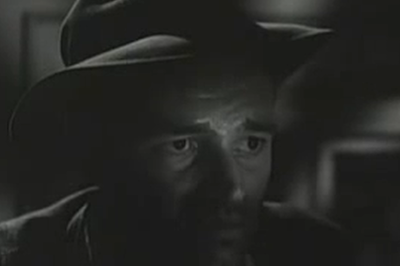