Let's not dilly dally here, Where The Sidewalk Ends is quite simply a brilliant piece of work. It's a classic that feels as fresh today as it would have back in 1950, it's a gripping piece of entertainment and it's a film that seems to have influenced many that came along after it (anything with a flawed, quick-to-fight, cop at the centre of things, basically).

Dana Andrews stars as Mark Dixon, a detective known for his heavy-handed ways. Unfortunately, he goes a bit too far one night and accidentally kills a man. Desperate to cover up his crime, the detective creates a scenario that makes it look as if the suspect is still alive, and his fled from the long arm of the law. It's not long until he's tasked with investigating this disappearance, which allows him to meet the lovely Morgan Taylor (Gene Tierney), the wife of the dead man. When the body is found and a murderer is sought, Dixon tries to shift the blame on to a gangster named Tommy Scalise (Gary Merrill), but instead ends up getting Morgan's father (Tom Tully) in some hot water. As he tries to put things right, Dixon gets more and more tangled up in his own web.

Directed by Otto Preminger, this is unforgettable stuff. It's gritty, it's smart and it keeps everything, or at least the main character, tightly wound.

I'm not sure if I've mentioned it much here, but I've certainly already told many people about my love for Gene Tierney and this film does nothing to change that. Andrews may be the main star, and absolutely brilliant he is too, but Tierney is easily believable as the kind of woman who would make a man try to change for the better. Merrill and Tully are both good, Bert Freed does well as a fellow lawman, and Karl Malden is the Lieutenant who wants the truth, as opposed to just a neat resolution.

Based on the novel by William L. Stuart, the script was worked on by a number of people as it made its way from page to screen, but the final result shows that the effort was worth it. This isn't necessarily a film that revolves around sizzling dialogue, but the script is a good one and the way that the story plays out is, well, it's nearly flawless, in my opinion.

What could so easily have been a movie that started to fall apart after one great idea, instead goes from strength to strength, thanks to the performances and the way that it manages to feel surprisingly plausible throughout. Essential viewing for film fans. 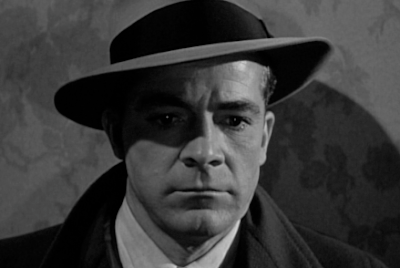