I really disliked Bridget Jones: The Edge Of Reason when I first saw it. It spent too much time either being completely ridiculous (a plot point that sees Bridget jailed in Thailand) or just rehashing moments that were done better the first time around. Watching it now, I don't mind it too much. It still suffers from the same failings, especially the ridiculousness of that Thailand section, but the worst thing about it is really that it's just not the first film, despite trying hard to be.

At the start of the movie we see Bridget (Renee Zellweger) enjoying a happy life with Mark Darcy (Colin Firth). Unfortunately, that happiness doesn't look like it will last forever. Bridget is insecure, still as accident-prone as ever, and she once again ends up with the predatory Daniel Cleaver (Hugh Grant) in her life. Can she make it through a difficult time, or will she give in to that inner voice of hers that is often spectacularly wrong in the viewpoint and advice it provides?

Directed by Beeban Kidron, this is a film that seems to struggle to find a proper identity. Much like the central character, it's not sure where it really fits in. In trying to both give audiences what they enjoyed so much the first time around while also adding some new adventures, it falters and stumbles from one set-piece to the next. The script, by Helen Fielding (who wrote the source material), Adam Brooks, Richard Curtis, and Andrew Davies, has too few moments of decent dialogue, instead relying on the familiarity and appeal of the main characters to carry things along.

The main plus point is that those main characters DO appeal. This remains the best role that Zellweger has had, perhaps simply due to it being the most fun and (for many) identifiable, and she slips back into the character like a favourite outfit. Firth does his strong-jawed noble act again, few do it better, and Grant is as amusing as he usually is, especially when in full on devilish mode. As well as the leads, most of the supporting players return (some getting more screentime than others) so it really feels like the whole gang is back together, which makes this an easy choice for comfort viewing. Jacinda Barrett and Joe Nicholls is the main new face, and they both provide some interesting twists. There's also a fun little turn from Jessica Hynes, no twists there but always good to see her onscreen.

The pop soundtrack, the fun escapades, the cast of well-to-do characters dealing with problems that help everyone forget the burning hellhole of the real world around us, there's nothing here to outright hate (unless you hated the first film). But there's nothing here to outright celebrate either. It's just there, bringing no advancement to the story or characters that we all enjoyed the first time around, and seeming to have no purpose other than selling repackaged boxsets featuring the first film alongside it. And yes, I bought the boxset.

You can buy the movies here. 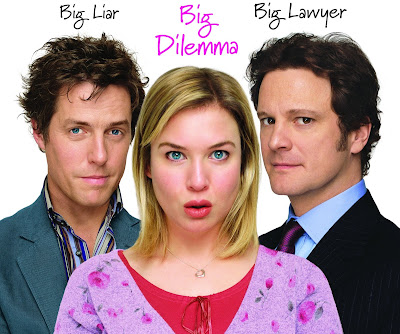