A top-tier entry in the selection of British rom-coms from the past few decades, Bridget Jones's Diary is the film that made everyone fall in love with Renée Zellweger, reminded everyone of their love for Colin Firth, and once again showed off the comedy chops of Hugh Grant.

The fairly light plot involves Bridget, a young woman who is keen to change her life for the better. She wants to lose some weight, quit smoking, and land a good boyfriend. Unfortunately, she has a habit of not helping herself in these matters, sometimes accidentally and sometimes not. She is unimpressed when she meets Mark Darcy (Firth) at a Christmas party, despite the fact that he is, well, Colin Firth, and eventually ends up having some fun with her work colleague, and charming rogue, Daniel Cleaver (Grant). Things may seem like they're going her way but there are some obstacles on the way to true happiness, or at least a satisfyingly happy ending to this movie.

Directed by Sharon Maguire, Bridget Jones's Diary holds up as well nowadays as it did when first released back at the turn of the 21st century. Critics could argue that it's a horrible fantasy, pandering to international audiences with scenes of snow-covered and picturesque pockets of England, upper-class Brits going through their angst while not having any real cause for worry (certainly compared to many others), and a problematic female icon who seems to look in all the wrong places for solutions to her problems. Fans might refute those accusations by saying that those aspects make the movie as enjoyable as it is. It IS a fantasy, it IS people dealing with problems unlike the standard problems that many of us have (although I am sure that we've all had our moments of unrequited love and/or loneliness), and the central character being problematic is better than watching yet another flawless starlet pretending that her life is unravelling around her while she continues to do everything right until the world around her finally delivers the good karma that everyone knows she will be due.

The script, written by Helen Fielding (who also wrote the popular source novel, of course), Andrew Davies, and Richard Curtis, is full of classic rom-com moments and some wonderful dialogue, whether it's Bridget narrating her diary entries or awkward exchanges between her and Mr Darcy. You could do a lot worse if you ever wanted to dissect a script that brilliantly sketches a number of main characters while delivering quality laughs in most scenes. Things rattle along perfectly, and you get a selection of pretty good pop hits on the soundtrack helping everything along.

Despite a career that has seen her give a number of great performances, Zellweger may never escape from her role of Bridget (a role she has now played in three movies). She's brilliant in the role, authentic and appealing, helped by the fact that she manages to also put on a very good English accent. Firth does his stoic act with aplomb, making it all the more amusing when he has an angry outburst that leads to a hugely entertaining fight scene, and Grant is probably as hilarious as he's ever been (and he has made me laugh a lot in so many of his roles). Gemma Jones and Jim Broadbent are both excellent as Bridget's parents, Shirley Henderson, Sally Phillips, and James Callis are all fun as Bridget's main three friends, and there are wonderful turns from Neil Pearson, Felicity Montagu, Paul Brooke, Celia Imrie, and many others.

If you enjoy great comedies then you'll like this. It's a near-perfect rom-com, and a reliable favourite to have to hand for those evenings when you want to watch something that will keep you grinning from ear to ear throughout, even if you started watching it while in a low mood, wearing your pyjamas, and determined to eat your way through an entire tub of ice cream.

Buy the set here.
Americans can get the same set here. 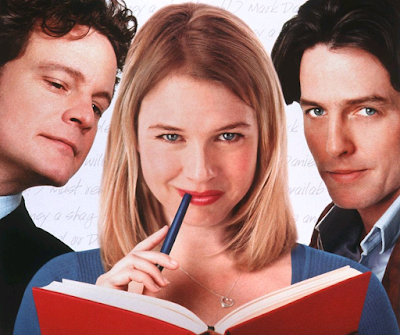