There are many things in life more painful than having to sit through Ouijageist, the second low-budget horror feature from director John R. Walker, but I cannot think of them right now. Maybe receiving an injection of bleach directly into my eyeballs. Having my kneecaps placed in a vice before they are then slowly unscrewed by murderous Oompa Loompas holding power tools. Being forced to eat broken lightbulbs, coated in kale. All of those things sound extremely painful, and yet none of them would make me as unhappy right now as watching this bloody movie.

I think it's always fair to try and find any positives when reviewing a film. If you end up just churning out insults and dismissing every single thing about a movie then it only leads to people thinking that you must be exaggerating, which then leads to them checking out the film for themselves. And there are very few films that have NO redeeming features. This one, EVEN this, has a couple of minutes at the beginning that seems to suggest a decent little time-waster lies ahead. But then it starts to go downhill, and keeps going that way. Fast.

The basic plot, and I use the term in the loosest possible sense, concerns an evil witchboard. This troublesome item, to put it mildly, ends up causing a lot of pain and terror in the life of a young single mum named India (Lois Wilkinson). People die, a baby is put in peril, a dog is killed, and even the window cleaner isn't safe from . . . the ouijageist.

I don't WANT to be unnecessarily rude to anyone here but I do have to emphasise how bad this all is, so I guess I just have to hope that nobody involved ever reads this (and why would they? I'm astonished daily when more eyes end up here than just those belonging to me and my cats, and sometimes my wife when I make a special plea).

Let's start with the cast. Wilkinson is just bad, but she's far from the worst one. Far worse performances come from Roger Shepherd (playing a friendly gent who has a suspicion about the cause of the strange events) and Lesley Scoble (playing Karen, India's mother). Scoble isn't helped by the script, which has her spend half of the movie repeating the end of every previous sentence in order to drag out the conversation or set up plenty of exposition, but she's helped even less by her own inability to convincingly portray a real human being. Nicholas Kendrick only has to star in a couple of scenes, and fair play to him for being involved in one of the more ridiculous moments, so I'll not spend too much time criticising him (but rest assured that he IS also awful), and Nigel Buckley, Michelle Jennings, and everyone else onscreen seems to have been hired immediately after passing the advanced class in "Acting Comedically Bad For Every Moment Of Screentime You Get". The only one I didn't mind was Gabriella Calderone, who played India's best friend, Becca, but I'm not sure if that means she was doing any decent acting or just seemed better compared to every one of her co-stars.

Darrell Buxton and Steve Hardy don't help anybody either. Their script is a real mess, with the bizarre tonal jumps (just sit and scratch your head when you get the "comic relief" moment of a Bishop enthusiastically discussing the Poltergeist movies while figuring out if he can be of any help), a lack of any explanation or rules for the malevolent activity, and bits and pieces pilfered from other, much better, movies. If I've endured a worse script this year then I cannot recall it right now, and that includes anything delivered to me via mobile phone by some agent trying to convince me that I was involved in a recent motor vehicle collision (if you've had those calls then you know what I'm on about).

I guess, ultimately, it's John R. Walker that gets to take the full credit for this mess. I do understand that it's a great achievement for anyone to get full films made, and to get them out there into the world. But that doesn't mean everyone gets bonus points for doing the bare minimum, and this often feels like the bare minimum. A lot of the camera shots are flat and drab, the score and foley work stays in line with the visuals, with the exception of a fun constant menacing sound that signifies the evil spirit, and more time should have been spent either in casting the roles or just getting the cast he could afford able to do what was being asked of them.

I'm going to be really generous with my rating here, but everyone should remember that it's only down to the fact that, incredibly, I have seen worse. Not everyone will agree, and I don't encourage anyone else to watch this, but I am charitably doubling my initial rating. 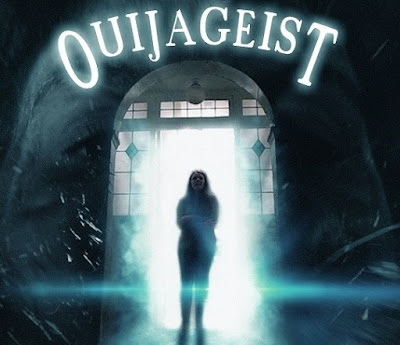