A very frustrating viewing experience, What We Become is a virus/zombie movie that ends up bringing so little new to the table (if anything) that it ends up being ultimately pointless, even if it's well put together.

There's been some kind of viral outbreak, with details relayed via news updates. That's the start of the trouble, and it's not long until soldiers in protective clothing are checking over homes and insisting that people stay where they are. One family (father, mother, teenage son, and younger daughter) initially trust that everything will work out, but that trust is harder to hold onto as the situation grows increasingly perilous, and the need to survive outweighs the need to behave in the normal ways they used to.

Written and directed by Bo Mikkelson, his debut feature film after working away on numerous shorts and one documentary over the years, I'm not sure what I dislike most about What We Become. It's either the fact that it adds nothing new to the multitude of virus/zombie movies we've seen before, or the fact that it thinks that won't be a problem because it's attempting to mix standard genre moments with more thoughtful ruminations on humanity and the lengths people will go to in order to keep their loved ones, and themselves, safe from harm. I say "attempting to mix" those things because it doesn't succeed, any potential points of interest being undermined by the fact that a number of main characters seem to be working through a checklist entitled "Things Not To Do In The Event Of A Viral Epidemic." Sneaking out of your home, not informing others of the full severity of the situation, taking in others who may or may not be infected, throwing a spanner in the works that leads to a much more difficult situation for the military to contain, I could go on. If you've ever watched this kind of film and seen the young child obliviously wander into danger or the elderly relative slowly but surely succumb to illness then you'll find nothing surprising here.

Points are gained for the level of competence throughout. Every main plot beat may have been done before but at least they're done well, on the technical side of things. You can always see what's going on and the infrequent special effects are very good, which is always a relief when you've sat through as many of these types of movies as most horror fans have.

The cast all do decent work. Troels Lyby is the standout, playing the father trying his best to keep his family safe, but Mille Dinesen and Benjamin Engell are both very good (as, respectively, the mother and the teenage son), and Marie Boda also does well, playing a young woman who Engell would like to get to know better.

Despite the majority of this review sounding very negative, I can't say that What We Become is a BAD movie. It's just a surprisingly bad, and cliché-ridden, script. That's something that the film cannot overcome, despite the solid performances and technical aptitude. 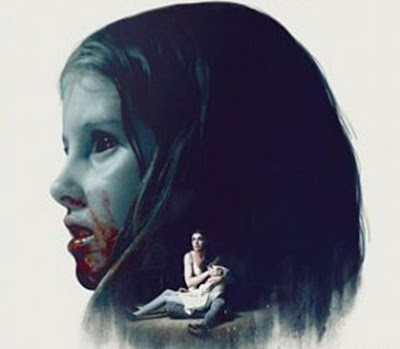