If there's one thing we all know by now it's that Nazis would have made an army of zombie soldiers if they could have. The only thing worse than a Nazi is a zombie Nazi, and they have appeared in popular entertainment quite often over the past couple of decades. They appear here, but the plot chooses to focus on the very real horrors of war, first and foremost, with the standard genre thrills mixed in slowly but surely until brought to the surface for the third act.

Starting with a group of soldiers being airdropped into Germany, Overlord is a tense and visceral experience from the opening scenes. The skies are shredded with anti-aircraft gunfire, meaning that many of the young men are killed before they even get a chance to jump out of their craft. The ones that land are immediately in great danger, and it never gets easier. But the mission is a vital one, destroying a radio tower that has been causing all kinds of problems, to put it mildly. The soldiers find someone willing to help hide them, a young French woman named Chloe, they start to figure out how best to complete their mission, but it all becomes even more complicated when they discover bodies being experimented on and a serum that seems capable of creating mutated super-soldiers.

Written by Billy Ray and Mark L. Smith, it's intriguing to see that this was developed from a story idea from the former, who has a background in more varied dramatic works. Smith seems to be the horror guy, of the two, but both have worked well together in balancing the wartime tension with the pulpy entertainment aspects.

Director Julius Avery, working on what is only his second feature, does a great job with the material. It's often dark, and the action is frantic at times, but you never lose sight of the identity and location of the various characters, and the set-pieces are perfectly paced. Special effects are great throughout, impressively bizarre and bloody, but the focus stays on the main characters, even while horrific oddities start to multiply around them.

The cast are another big plus. Jovan Adepo and Wyatt Russell are the two main soldiers, with Russell being the one who ends up in charge after so many deaths in the first act, and both of them do excellent work (I'm not familiar with Adepo but have already come to expect excellence every time I see Russell onscreen). Mathilde Ollivier is equally good as Chloe, a determined survivor with loved ones to look after, and the main villain of the piece is played with relish by Pilou Asbæk. Other characters are portrayed by John Magaro, Iain De Caestecker, Jacob Anderson, Gianny Taufer (a standout as the younger brother of Chloe), and Dominic Applewhite.

There may be a little too much familiarity here, which might explain why there were so many mixed/lukewarm reviews when this was released in cinemas, but Overlord takes the elements that we've all seen elsewhere and blends them into a fantastic piece of genre entertainment, with impressive visuals and a score by Jed Kurzel that's also worth mentioning (I know, I know, I always forget to mention scores, and I constantly apologise for it). 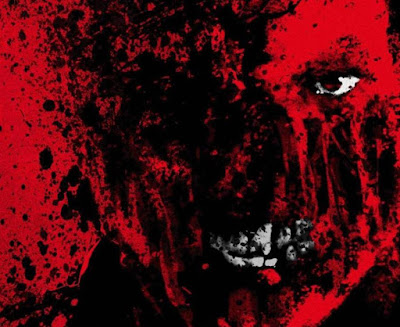