Although this is his third feature film, David Robert Mitchell's Under The Silver Lake most definitely feels like a sophomore effort. It's a film made by someone who has been given the budget and casting choices to let loose and indulge himself after making a name with his previous outing (in this case, the enjoyable It Follows).

The plot, seemingly dense but also actually fairly slim for the 2hr+ runtime, sees a young man named Sam (Andrew Garfield) drawn into a Hitchcockian web that involves a missing girl (Riley Keough), a number of local urban legends, and a conspiracy theory so grandiose that it dances and twirls through absurd territory. It's a mix of The Big Lebowski, Inherent Vice, and Kiss Kiss Bang Bang, with the obvious influence of The Long Goodbye also in there. It's also frustrating, because so many individual moments are great, without adding up to anything really worthwhile.

Garfield is great in the lead role, playing someone smart but without any drive or focus. He's so likeable that it's easy to watch the film without being preoccupied by the many questions we should have about him. What happened recently in his life? What did he do to get money when he was working? How the hell does he attract some gorgeous women while placing himself firmly in slacker/loser territory? You get some details that help to answer the first question but not much else. Now I don't need a film to fill in every space for me but when you spend most of the lengthy runtime with a character who delves deeper and deeper into an investigation of his own making then it's good to know a bit more about that character, as far as I am concerned. Instead, Mitchell's script is more concerned with putting together a collage of cool visual motifs and soundtrack choices. It's a fever dream, but one without the sense of urgency or energy, which is an odd combination.

The direction matches the script, not bothering about logic or coherence when there's a chance to jump from one memorable moment to the next (and the less said about the repeated touch of having women turn to the main character and eventually start making dog noises the better). This means that you get a lot of wonderful moments in a film that only had to bring them all together in a satisfying way to become something great. It doesn't manage that, instead turning into one of those enjoyable albums that you stay in love with because there are always two or three tracks that you skip, leading to some confusion about why you love it so on the rare occasions when you listen to it all the way through.

Alongside Garfield, Keough does well in her small role, and you have decent turns from Riki Lindhome, Grace Van Patten, Jimmi Simpson, Topher Grace, and, in one particularly memorable scene, Jeremy Bobb, playing a super-talented songwriter responsible for all of the most memorable tunes throughout the years. The acting is pretty flawless throughout, which is another major plus helping to keep the film enjoyable in the lesser scenes.

I liked this, at times I liked it a lot, but it's obviously a film that was made by Mitchell coming up with some memorable ideas and moments that he then had to find a plot for. I don't think he came up with a good enough plot, not for the lack of trying, but the individual moments ensure that it's not without many pleasures for cinephiles.

Here's the film on shiny disc.
Americans can browse a whole load of movies here. 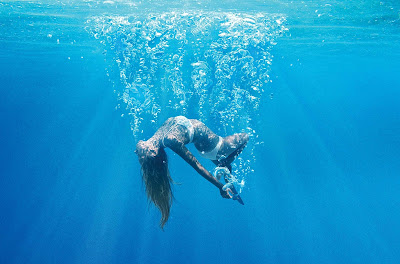