There was one obvious choice for this blog selection this week, due to the death of celebrated filmmaker Larry Cohen. Cohen is one of those people I have always admired, yet haven't actually seen as much from as I should have. That included this very documentary, one that has been on my radar for some time.

Of course, watching a documentary and then figuring out how to review a documentary are two completely different things. This has a pretty standard format, various talking heads in between clips from most of Cohen's movies, and it does it well, providing a sense of respect and love for Cohen that will be immediately obvious, even to those unfamiliar with his work before seeing this.

You get a lot of the usual suspects for this kind of thing. Joe Dante can talk about these movies until your ears fall off, and John Landis never met a spoken sentence that he couldn't then follow up with a dozen more sentences. They're as good value as ever, but the joy comes more from those who haven't been seen in so many of these kinds of things. Fred Williamson and Yaphet Kotto are both enjoyable to listen to, Eric Roberts once again reminds people that he seems to enjoy working with as many people on as many different filming experiences as possible, Barbara Carrera has some good stuff to share, and Michael Moriarty is, fittingly, the star of the show when it comes to delivering a mix of information, anecdotes, and good-natured disagreement over individual recollections.

Although he may initially seem like someone in the same mould as Corman, this documentary does a great job of reminding you of how different he is from that other celebrated figure. Cohen was always a writer who could impress people with his creativity and his prolific output. His journey to being a director stems from the fact that he could then work on his scripts, without seeing them warped and altered too much from their original form, and that's an attitude that he has passed along to others over the years.

If you're new to Cohen then this serves as a decent highlight reel without actually spoiling too many of his "greatest hits", although you will see some key scenes. I have yet to check out the likes of Bone, The Ambulance, and, the one I feel I should have checked off the list a long time ago, God Told Me To. I've seen It's Alive but have still to check out any of the sequels. Now I know I need to bump them back to the top of my "to watch" pile because this documentary reminded me of how much I love Cohen's work. He may not always be delivering absolute classics but he's always interested in trying to say something interesting while never forgetting that movies should also entertain.

A bittersweet experience to watch now, especially when you see how energetic and enthusiasm Cohen remained throughout his life, it's also one that all genre fans should check out. Either get to know the man for the first time or get to spend some quality time with someone who has probably already given you a couple of your favourite movies over the years.

There's a region-free disc here.
Americans can get it here. 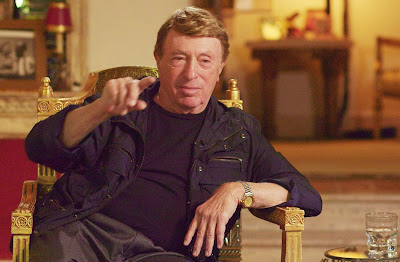