The Club isn't a particularly terrifying, or original, horror film. It's a slick teen movie that peppers the runtime with moments attempting to show interesting character dilemmas and moments showing a grinning villain wisecracking as he dances around those who are in peril. Easy enough to forget, it somehow still has enough charm to make me want to save it from complete obscurity.

It's prom night. One couple (Kyle and Laura) are at a stage in their relationship when it looks like the best thing for them to do is go their separate ways. One couple (Amy and Evan) seem happy enough with one another, but there's a lecherous, and potentially dangerous, counsellor (Mr. Carver) to deal with. And one young man (Darren) is miserable enough to be considering suicide. The clocks stop at midnight, leaving these six characters alone and trying to figure out just what is going on, with a young man named John Rotman on hand to further mess with their minds.

Although director Brenton Spencer has a large body of TV work in his filmography, The Club is a rare non-TV feature for him, and the same goes for writer Robert C. Cooper (billed here without the middle initial). Perhaps that explains why this sometimes has a made-for-TV feel, but I can see it being potentially problematic when it came to raising the money for a horror film that wasn't part of a franchise heading downhill at this point. There are still genre gems to be found from this time but they're few and far between, with mainstream American horror feeling quite stagnant in the '90s, before the shot in the arm that came from Scream and the second shot that came from the success of The Blair Witch Project at the end of the decade.

The cast are a mixed bag. Rino Romano and Andrea Roth are a bit too bland as Evan and Amy, whereas Zack Ward and Kelli Taylor do better with their more troubled characters. Matthew Ferguson is okay in the role of Darren, although he's pretty much sidelined for most of the movie, with the exception of his one main scene, and the ever-enjoyable Kim Coates is as . . . enjoyable as ever in the role of Mr. Carver. J. H. Wyman (billed as Joel Wyner) is surprisingly good fun in the role of Rotman, although he only really comes into his own during the third act, when the script really lets him cut loose and become amusingly impish in almost every scene.

Although it takes a bit of time to get going, perhaps a bit too long for this kind of easy entertainment, The Club picks up enough after the opening third to at least keep viewers entertained until it's time for a few decent set-pieces. That's when you get some good practical effects and some fun confrontations that serve as practice runs for the real battles of wills to come during the grand finale.

Unlikely to make any top lists (unless it's something entitled "fairly enjoyable horror movies you may not have seen and could live without but just give them 90 minutes of your life anyway"), The Club is a decent little time-waster for the undemanding. It's no classic, and relatively bloodless, but it does exactly what it sets out to do.

You can watch the movie here.
Americans can watch it here. 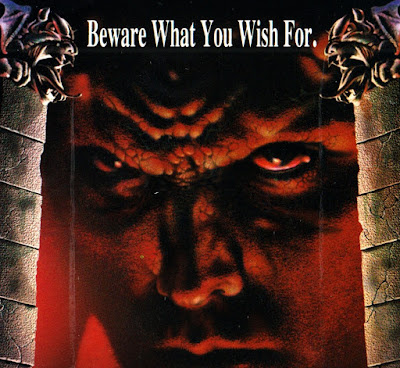