Although not the first feature film from director Yorgos Lanthimos, who also wrote the script with Efthymis Filippou, Dogtooth is the film that gained him international attention, effectively springboarding him to a higher level (in terms of the resources available to him and the themes explored).

This is a tale of a father (Christos Stergioglou), a mother (Michele Valley), their son (Christos Passalis), and two daughters (the elder played by Angeliki Papoulia, the younger played by Mary Tsoni). The father has a job, but he is basically the only one to leave the house, and both parents provide a strange education to their children that keeps them sheltered from the world around them. But such a strange and twisted set-up can never last forever, surely. Especially with one visitor (Christina, played by Anna Kalaitzidou) who could accidentally reveal the lies that these child-like young adults are being fed.

Apparently a film that will be very familiar to anyone who has seen The Castle Of Purity, this is an uncomfortable film from the very first scenes, with relief provided by the decision to film most of the potentially claustrophobic scenes in a large, bright house. The casting of the children as unwitting prisoners shows just how much family units can so easily be polluted and fall apart. Parents always want to control the environment for their children, and perhaps try their hardest to control what they take in from their education syllabus, but children start to fully grow in the moments away from their parents. They need care and love, and much more, but they also need social interaction, they need to learn more for themselves, and they need time away from their parents. Because parents can be the ones who cause the most damage.

All of the performances in the film are excellent, with the cast often playing things in a very controlled and unnatural way. Stergioglou deserves particular praise, portraying a monster who is all the more horrifying for the lack of self-awareness of his own monstrosity. Papoulia and Tsoni are brilliant, with the former involved in a third act scene that will make everyone wince and want to look away, and Passalis does well with a performance that is almost zombie-like. The sisters have the extra bonus of sisterly company, while the son feels slightly more isolated, and that shows in the performances.

Lanthimos is a huge talent, I have raved about most of his other movies, and Dogtooth is an excellent film to watch as you decide whether his knack of exploring societal (ab)norms in an uncomfortable, and often sterile and stilted, way is something you can get on board with. I hope you do. 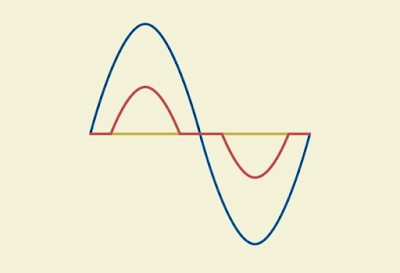