The past couple of years have proven to be quite challenging for the Marvel Cinematic Universe, as they have proven to be quite challenging to numerous movie productions and companies. But Marvel seemed to be in a more precarious position than most, already having many people voice their concern over where things would go after the massive success of the films that ended the superb, long-running, storyline that culminated in "the snap" from Thanos.

Let's not spend too much time worrying about them though. Despite a mixed reception, they have still spent the past couple of years releasing films like this one, Eternals, and Black Widow, and making a great mix of TV shows such as Loki, WandaVision, Captain America And The Winter Soldier, and Hawkeye. Whether you love or hate them, they keep making blockbuster entertainment with a consistent minimum standard of quality, in my view, and they keep managing to set things in place to give them many options of whatever path they choose to take in the years ahead.

Take this film, for example. This is another Marvel movie that now happily mixes in the magical and mythical with the sci-fi elements. It all starts when Xu Wenwu (Tony Leung) discovers ten mystical rings, allowing him eternal life and superpowers. He then meets, and falls in love with, a woman. Children are born. Love wins. Temporarily.
That happened some years ago. Back in the here and now, Shang-Chi (Simu Liu) is a bit of a loveable loser who enjoys spending time with his friend, Katy (Awkwafina). He's not special, at least not in the eyes of most people around him. That all changes when members of the Ten Rings, the army headed up by Wenwu, attack Shang-Chi, desperate to gain ownership of a pendant given to him by his mother. Shang-Chi immediately heads off to warn his sister, Xialing (Meng'er Zhang), because she has a similar pendant. They soon realise that their father, because Wenwu IS their father, wants the pendants to find the mystical village his deceased wife lived in, convinced that he can be with her once again. But the messages he is hearing are lies, delivered to his mind by something that needs his help to break free.

It's pretty redundant to review a decent Marvel movie nowadays. Obviously there are more interesting words to say about the best and worst of their output. They know what they're doing, they have a great team of people working on each film, and they often get their casting pretty perfect. Such is the case here. Shang-Chi And The Legend Of The Ten Rings may lose steam in the third act, where it suffers from that blockbuster mis-step of big CGI battling big CGI, but there's easily enough here to please fans of this kind of fare. The extended action sequences which have Shang-Chi battling the Ten Rings are the highlights, leaving the film a little adrift when nothing else can top them, but you also get some good humour and a nice running commentary on determinism and real power.

As good as Liu, Awkwafina, and Zhang are, and they are excellent (with both Liu and Zhang doing very well with the physical side of their roles), the real treat here is seeing the likes of Leung and Yeoh (for a second time) getting a small piece of that Marvel pie. It's also fun to see another small turn from Benedict Wong, reprising the character of Wong, and one other returning main character proved to be a very pleasant surprise, and had more of an involved role than the last time he was used onscreen in these movies. There's nobody doing bad work here, at all, but I do need to single out Florian Munteanu, who makes a strong impression as the aptly-named Razor Fist, a main henchman wielding a red-hot machete blade where his right hand should be.

Director Destin Daniel Cretton helped to write the screenplay with Dave Callaham and Andrew Lanham, and the team work together well. They may have the might of Marvel behind/helping them, but there's nothing here that shows Cretton feeling out of his depth with his sudden leap from smaller fare such as Just Mercy, The Glass Castle, and Short Term 12. It might be easier to get this kind of thing right with a whole army of people ready to ensure you stay in line with the overall vision of the brand,  but that is no guarantee that the end result will show that. This gets much more right than wrong.

The interconnectivity remains the best thing that Marvel worked on, however, and that's why I know so many people will already know whether or not they are going to watch this. If, like me, you have been on the complete journey so far then you can't just stop, cold turkey. Things keep being set up that you know will pay off, be it this year, next year, or maybe a decade down the line. If you managed to resist the allure of the polished MCU product when they were a bit less practiced at lining up all of their cinematic stepping stones then you checked out by the time you read the title of this review.

I really wish the final act had been better, but I can't deny that the rest worked well for me. And the fight sequences at least have a fluidity and choreography that puts them on par with the best of Hollywood martial arts (which is still, lest we forget, rarely on a par with actual martial arts depicted in non-Hollywood movies). 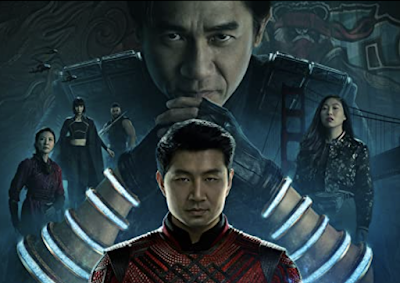