Despite my inherent awfulness when it comes to playing videogames, and I know I have said this before, Resident Evil has been my all-time favourite gaming series since I first started battling zombies and solving puzzles when I first got a PSOne. I have enjoyed the games on various consoles since then (mainly different Playstations, but I also had a Nintendo Gamecube for a while) and have also taken some pleasure from the main live-action movie series, most often kept in the hands of Paul W. S. Anderson. The animated movies haven't been quite as good, but I can't deny finding enough in each one to ensure I have had to own them all, at least in digital form.

This, however, is a film that finally feels like the games (well, the first 2 anyway). That's not to simply dismiss all of the other movies now, not at all, but this is arguably the definitive cinematic interpretation of so much of what players love about the Resident Evil game series. And I am happy that we can enjoy both the other movies, often full of bombastic slo-mo and CGI-laden silliness, and this movie.

Written and directed by Johannes Roberts, although most of the events depicted here were already written for the videogames, what you get here is an adventure that throws together Claire Redfield (Kaya Scodelario), Chris Redfield (Robbie Amell), Jill Valentine (Hanna John-Kamen), Leon Kennedy (Avan Jogia), a young girl named Sherry Birkin (Holly de Barros), and Dr William Birkin (Neal McDonough). Raccoon City is about to become a very dangerous place to stay, full of infected people, dangerous dogs, and other mutated dangers, and not even the Police Station can offer safety for long. That's before we even  get to the reported disturbance at the Spencer Mansion.

While none of the cast may be causing Oscar-winners to start looking over their shoulders, they all do an excellent job with the material. Scodelario, Amell, John-Kamen, and Jogia show a variety of skills, and they seem to enjoy portraying the nominal heroes, while McDonough is an enjoyably untrustworthy potential villain. Tom Hopper makes for a good Albert Wesker, and it's nice to have a small role for the likeable Donal Logue, playing a Police Chief who knows that everyone should get the hell out of the city while they can.

It's the attention to detail here that really impresses. This is not really a great movie, but it IS a great Resident Evil movie. The characters all feel very much in line with their videogame origins (okay, Leon Kennedy may be overdone slightly, but his first adventure did have him as someone pretty heartbroken and hungover who just happened to be in the right place at the wrong time when the zombie nightmare began), the creature design is on point, making me wish we could see more of the monsters that cropped up in the games (please give me a giant snake or sharks in the next movie, and definitely a Plant 42), and the environment often feels as if it has been surgically transplanted from a console directly into the movie.

There's a good score by Mark Corven, great work done by the costume and makeup department, and everyone generally works in service to a script that allows viewers to feel a sense of familiarity without the potential accompanying boredom. Changes that are made are ones that make sense, cinematically, (the main one being how a character named Lisa Trevor is used, which is very clever) and I can't imagine any fans of the series thinking that any character or element has been done a major disservice. Even the relatively small amount of screentime for Ada Wong (played by Lily Gao) feels in line with her impactful involvement in the RE 2 game.

Roberts has a varied filmography, in terms of quality, but his best horror work is well worth your time. This is up easily there with his best. I really hope that it has done well enough to kick-start a whole new movie series in this vein. I'll still revisit all of the other movies available, but I already know that this is the one I will go back to most often. At least until I need my next fix of watching Milla Jovovich kick ass. 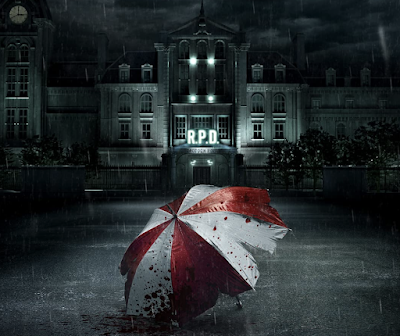