The second theatrical feature from writer-director Julia Ducournau, Titane only serves to show how right people were to celebrate Raw, her previous film. Titane manages to be a very different beast from Raw, yet there are many similarities in the ways that Ducournau explores female experiences that are at once dark and unique and horrific while also being very identifiable when boiled down to their very basic elements.

Now that I've fooled you into thinking I might be able to talk about Titane in an intelligent and insightful manner, let me sum up the plot. Agatha Rousselle plays Alexia, a woman who finds herself wanting to have vigorous sex with a car. This is the result of a childhood car accident that led to her having a piece of titanium attached to her skull. Alexia is also a pretty prolific killer, which we find out quite early on in the movie. That would be enough to make Titane a weird and interesting film, but things get even stranger when Alexia decides to make herself temporarily safe by pretending that she is the long-lost son of a firefighter named Vincent (Vincent Lindon). It may seem like an obvious ruse to see through, but Vincent is blinded by the power of his need to have his son back with him.

As bizarre as the plot is, Ducournau takes viewers on a journey that somehow moves from that strange opening act to explore the bonds of love, the blinkers that people can put on when it allows them to basically have what they want, and the extreme highs and lows of parenthood. It's a body horror movie, and there is at least one sequence that made me wince and turn away, but it's also grounded by a central relationship that allows the film to have a surprisingly warm heart.

Rousselle is excellent in the lead role, whether she's showing her body to someone she wants to entrap or hiding her curves under baggy clothes and tape. Fleeting between the traditionally feminine and masculine, she becomes an androgynous broken mirror, troubling the people who look at her with the cracked reflections that they see. Whether being vicious or vulnerable, Rousselle is a captivating presence onscreen. Lindon is almost equally good, showing much more emotion in most of his scenes. As viewers aren't always quite sure of the motivation of his character, his ambiguous performance helps to both get us onside with Rousselle's character and get us quietly hoping for a very unlikely happy ending. There are other people in the cast (with a couple of important supporting characters played by Garance Marillier and Laïs Salameh), but it feels like it's effectively a two-hander for most of the runtime.

There's superb music by Jim Williams, as well as an impressive soundscape that matches, and often elevates, the visuals (I'll even remember to mention the DP here, Ruben Impens). No one element stands out as a weak link in the chain, making it hard to consider this film anything less than perfect.

I cannot think of anyone else recently who is making the kind of intelligent and disturbing horror that Ducournau has made her signature, and I look forward to whatever she delivers next. Raw was great, if a little bit too cute and clever in the finale. Titane is a step up, and shows someone with unreserved courage in her convictions. Rightly so. 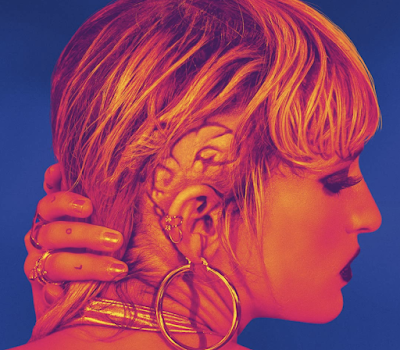