Although I am not overly familiar with the filmography of writer-director Gregg Araki, I have seen enough (I think I have now seen four) of his films to know that I tend to really like his work. He is an interesting voice in lgbtq+ cinema, often putting his central characters in states of heightened reality that allow some enjoyable cinematic escapism alongside familiar exploration of sexuality.

Kaboom may well be the quintessential Araki movie, in many ways, with a plot that includes a good helping of sex, plenty of confusion, the lingering influence of parents trying to control the lives of their children, and a strange cult possibly preparing for the end of the world.

Thomas Dekker plays Smith, a young man who declares himself as sexually “undeclared” when asked. He spends time with his friend, Stella (Haley Bennett), in between admiring his handsome roommate, Thor (Chris Zylka), and having a new, and intensely physical, relationship with the sexually confident London (Juno Temple). Smith is also having some strange dreams, meeting people he then meets in real life, and there’s a sense of impending doom about the way things are playing out around him.

Enjoyably frank and uninhibited throughout, Kaboom uses sex as a distraction from a central plotline that gradually takes on more importance. But it also often makes the sex, and sexual frustration, just as important as anything else in the film. This is what Araki does so well, especially as so many people have had times in their lives when sex HAS been the most important thing on their mind, and all else be damned.

Dekker is a decent lead, even if his character is often more passive than those around him. He has a great ability to convey a sense of both a lack of energy for everything going on and an inner turmoil from his raging hormones. Temple is the highlight of the film, her bright demeanour perfectly suited to play someone so carefree and frank. Bennett is good, and involved in a number of amusing scenes with a witchy woman named Lorelei, played by Roxane Mesquida, James Duval is fun in a small, but pivotal, role, and Zylka, Andy Fischer-Price, and Jason Olive all play a variety of “meatheads”.

Mixing dream imagery with typical teen angst, and nihilism with sharp wit, Araki takes viewers on a journey that embodies the constant battle many feel rages between our innerspace and the world around us. The cast and script are playful, the pacing allows things to really gain momentum in the third act, and the score and soundtrack works perfectly with the visual method of keeping close and intimate with the main characters. It’s highly recommended, as are most films from the mind of Araki. 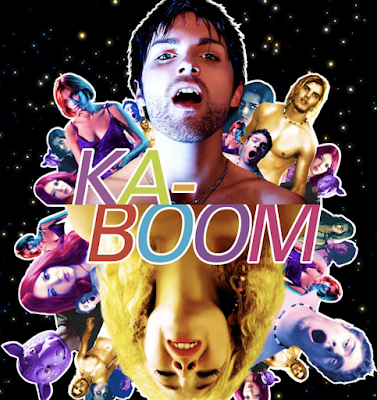