The solo directorial feature debut from Francesco Giannini, Hall feels very much like that kind of film. In fact, it feels like a short that has been stretched out to feature length. This is a prologue that someone decided would make for a standalone film, and that person was wrong.

It's telling that this is also the narrative feature debuts for writers Derrick Adams and Adan Kolodny, making it feel very much like a concept everyone had misguided faith in. There are one or two good ideas here, including an interesting parallel between the virus at the heart of the plot and the behaviour of people behind closed doors that can hurt ones they love. It can be worth risking a journey through some dangerous and deadly environments just to escape a partner who has been abusive for many years.

Carolina Bartczak plays Val, a woman who is planning such an escape from her husband, Branden (Mark Gibson). This may have been on her mind for some time, but we see her resolve strengthen when she realises how her young daughter, Kelly (Bailey Thain), is also now a potential victim. This fractured family unit has just checked into a hotel, it's vacation time, and that is where Val meets the pregnant Naomi (Yumiko Shaku), a woman who is also secretly breaking free from her own abusive partner. Then a virus starts to affect most of the people in one floor of the hotel.

There's no way to really sugar-coat this, Hall is a bad movie. It drags everything out far too long, it gives you characters that it's hard to care for (despite obviously wanting them to get/stay away from abusive partners), and it doesn't really know where to focus. The way you can see the virus being similar to domestic abuse is interesting, and the finale goes one step further in showing it being something that is affecting one "lower" group of people while others can remain blissfully ignorant, but the weak script is further hindered by loose and unfocused direction from Giannini.

Performances are a mixed bag. Bartczak and Shaku do well, with the latter disappointingly underused, but Gibson is far too one note, and Thain cannot overcome the big hurdle of her character being asked to stay in one place for most of the second half of the movie, meaning that she has to convincingly show her worry and confusion as time continues to pass without her being taken somewhere safer. Unfortunately, although she isn't a terrible child actor, she is not up to that task.

It's almost as if every decision was made to hamper the end result here. Even playing some moments out of chronological sequence feels harmful, it makes a couple of scenes feel as if they drag on and on without having any sense of where they should be heading. Thank goodness this runs for just under 80 minutes, but it feels like it's so much longer than that.

I hope Giannini and co. take some time to seriously think about the mistakes they made before coming back with their next feature, especially if they end up developing a sequel to this. 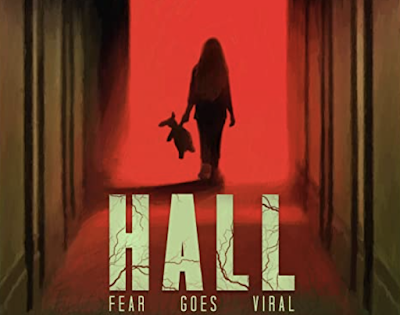