I have to admit to being a bit Bond-fatigued by the time No Time To Die was released. It was a culmination of various factors. I was greatly disappointed by Spectre. I was as fed up as most people were by the seemingly constant whinging from Daniel Craig in between every instalment in the franchise. And, of course, the global pandemic meant that the release date was pushed back for quite some time. I decided that I would remain hopeful, but be prepared for disappointment.

Disappointment was certainly not forthcoming.

No Time To Die is immediately up there with the very best of the Bond films, vying for a top spot alongside On Her Majesty’s Secret Service and a couple of other superior 007 adventures, and it allows Craig to end his tenure on a real high note. It’s a film that gets so much right that it almost makes up for the stumbling steps that got us to this point.

The plot is simple. Bond is retired, he wants to get on with his life with Madeleine (Léa Seydoux). Retirement is interrupted by the pesky Blofeld (Christoph Waltz) being a sneaky schemer once again, and Bond eventually ends up looking to return to his old role when he learns of a deadly bioweapon that can be used to target not just individuals, but entire races. Bond being involved doesn’t make everyone happy. There’s a new agent using the 007 tag (Lashana Lynch) and M is under a lot of stress with the situation. Blofeld, still imprisoned, may actually welcome the chance to see Bond once more, especially as they both seem to have a common enemy, Lyutsifer Safin (Rami Malek).

Directed by Cary Joji Fukunaga, who also helped on the screenplay with Neal Purvis, Robert Wade, and Phoebe Waller-Bridge, this is a near-perfect Bond film that packs enough into every main sequence to distract you from the aspects that aren’t present. You don’t get Bond the womaniser, you don’t get a whole load of gadgets, and you don’t get gunfights and explosions without a lot of consideration and attempts at diplomatic diversions by those giving the orders.

You do get just enough of everything though. There are glamorous women around Bond. There are a couple of decent gadgets used in the midst of the action. And it’s interesting to think that, for all the growth of the character we have seen over the last couple of decades, Bond is shown as essentially the same blunt tool used when needed. The world may have moved on, but new and different problems can be solved with the same old solution.

Craig does well once again in the main role, all blue-eyed piercing stares and pouting. Waltz is underused once again, but also once again superb in his limited amount of screentime. Seydoux does well with what she's given, and she is able to play her part with some ambiguity as others try to figure out whether or not they can trust her. Lynch is a badass, and quickly shows why she was assigned the 007 number, so I wouldn't be averse to a spin-off with her character in it (or seeing her have a similarly strong presence in whatever we get next in the series). I also wouldn't be averse to seeing another main role for Ana de Armas, playing an agent named Paloma in a fantastic set-piece that takes place in Cuba. Ralph Fiennes, Naomie Harris, Ben Whishaw, and Rory Kinnear are as good as ever in the respective roles of M, Moneypenny, Q, and Tanner. But what of the main villains? Dali Benssalah is a good henchman, and has a memorable look thanks to his character having one electronic eye alongside one normal eye, and David Dencik is enjoyably cowardly and selfish as the scientist who has created a scarily effective weapon. Malek is really the only weak link, sadly as Safin, a character who isn't written well played in a way that is far too quiet and lacking any real sense of showmanship (which all of the best Bond villains have). Can Malek do anything other than the soft-spoken and kind of awkward character he has made his specialty over the last few years? I'm not seeing anything to prove otherwise, and I don't think he was the best person to put in this role.

Transplant a better villain into this and you could have had the greatest Bond film of all time. As it is, well, it remains a strong contender. Fukunaga directs like someone who simply knows how to run a well-oiled machine, from the sound design to the sets, from the wardrobe to the lighting, and on and on. It's also well worth mentioning the music by Hans Zimmer, providing a score that pieces together various motifs while always complementing the visuals (as any great score should). The stuntwork is superb, the pacing means that the hefty 163-minute runtime goes by briskly enough, and there's at least one moment that feels like one of the most unexpected and iconic moments in modern action cinema.

By the time the end credits roll . . . you may very well be slightly shaken. 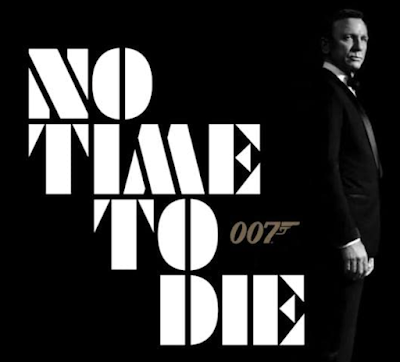