During the opening scenes of Plus One we see David (Rhys Wakefield) royally screwing things up with his girlfriend, Jill (Ashley Hinshaw). The rest of the movie sees him trying to win her back while attending a party, accompanied by Teddy (Logan Miller) and Allison (Suzanne Dengel, or maybe Alison, played by Colleen Dengel . . . . . . . . apologies for my confusion, I'll explain shortly). The party is a typical American teen party with one or two major differences. First of all, Teddy miraculously manages to charm the gorgeous Melanie (Natalie Hall). Second, it turns out that doppelgangers, slightly delayed in time, are appearing at the party. The doubles suddenly appear, and then continue to carry on in the way that the original people were doing about fifteen minutes previously. But there are times when they disappear, only to reappear again with less time having elapsed between whatever they are up to and whatever their "originals" were just doing.

Did you follow that? If not, don't worry about it. The frustrating thing about Plus One is that it takes an interesting idea and then almost completely wastes it. David takes this strange turn of events as an opportunity to get things right with his apology to Jill, a lot of other people at the party are oblivious to what's going on, and it seems clear that the doppelgangers don't really have any sinister agenda. They just appear, and end up as bemused as the people who discover them.

Director Dennis Iliadis, who also wrote the story that was adapted into movie form by Bill Gullo, has to shoulder most of the blame here. The central idea is such a good one, something that could be developed in any number of ways, but it's completely squandered. Even during the first half hour of the movie, before things become completely clear, there are too many moments that stand out as cues to be used later in the movie. You know when things aren't just signposted, but planted right in the middle of everything else and allowed to flash in the brightest neon colours?

And that wasted opportunity is felt all the more because, well, the rest of the movie looks good and most of the cast do a good job, even while they're being ill-served by the script. Wakefield and Hinshaw may be the nominal leads, and they do well, but their characters are hard to care about. Miller and Hall, on the other hand, are much more fun to spend time with, thanks to their warm humour and the sheer gorgeousness of Hall. Left on her own during much of the movie, Miss Dengel (be it Suzanne or Colleen) does a great job as the calm centre, the one individual who feels comfortable enough to just see how everything plays out.

Plus One is worth a watch, mainly because of one or two ideas almost buried by their mishandling, but it's not one to prioritise above many other, far more interesting, sci-fi movies from the past few years. 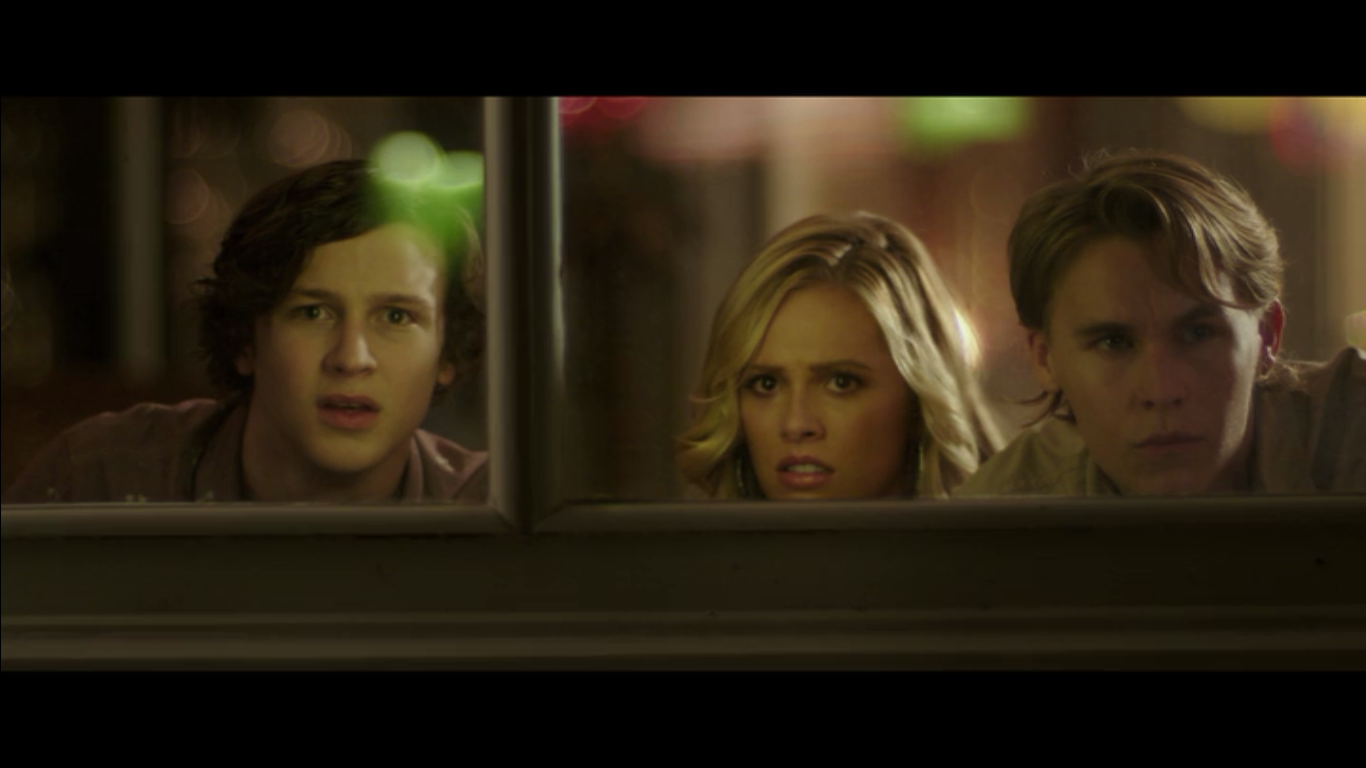