The wonderful thing about exploring as many of the movies released by Hammer studios as possible is realising that just when you think you've seen every type of movie they tried their hand at, something else comes along that confounds expectations.

The Anniversary is based on a stage play by Bill MacIlwraith, and there's hardly a moment that goes by that doesn't remind you of that fact. The characters, the dialogue and the plot developments all feel rooted in stage work, despite the fact that it's been adapted into movie form.

Bette Davis is the spider at the centre of the web, a cold and manipulative mother who has spent many years ruining the lives of her three sons. The sons are all in attendance for her annual party. There's Henry (James Cossins), a sensitive man who has some compulsive behaviour that he worries will get him into serious trouble one day. Then there's Terry (Jack Hedley), who is being pushed by his wife, Karen (Sheila Hancock), into emigrating. And finally, young Tom (Christian Taggart), who takes the opportunity to introduce everyone to his latest girlfriend, Shirley (Elaine Taylor).

Director Roy Ward Baker, and screenwriter Jimmy Sangster (who adapted the play), presents audiences with something very disappointing this time. It's not really their fault, as the source material seems to be far from the best that they could have worked from, but it's a shame that they couldn't figure out a way to let the cast have fun without the overwhelming feeling that they're actually having more fun than any member of the audience. It all feels so smug, as lines are delivered with relish that aren't really deserving of any added condiments whatsoever.

Bette Davis makes up for her superb, subtle turn in The Nanny by going in completely the opposite direction with her comical performance here. I know that this IS a comedy, but with everyone trying to top each other, and Miss Davis then topping the lot, it ends up unbalanced and, therefore, unfunny. Of course, comedy is as subjective as any other genre. Sheila Hancock comes closest to challenging her for the crown, but falls just short. This leaves her giving one of the best performances in the film, alongside Cossins, who plays the only son not out to overtly spite his mother. Taylor is very sweet in her role, and has one or two good moments in which she stands up to the maniacal matriarch controlling everyone, while Hedley and Taggart both do just okay, highlighting clumsy material with slightly clumsy performances.

This kind of material has been done before - family politics, scathing insults delivered with a smile, psychological issues simmering beneath every exchange - and it has been done much better. Do check this one out if you're a fan of anyone involved, but don't be surprised if you then try to erase the memory of it by watching something similarly twisted, but much better, such as The House Of Yes. 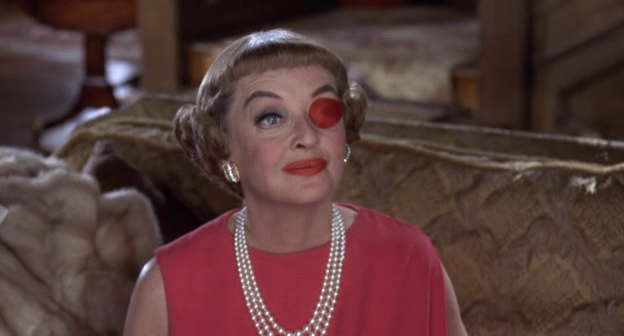