The film that anyone who has seen it remembers for one reason - The Werewolf Break - The Beast Must Die is a strange mix of whodunnit, lycanthropy and some funky blaxploitation from Amicus. Unfortunately, it doesn't get any of the elements right, leaving viewers with an amusing curio instead of a genuinely interesting, unique movie.

Calvin Lockhart plays a rich asshole who gathers a number of people to his home, with the express intention of revealing one of them as a werewolf. That's not WHY he's an asshole. No. That's just something that he's able to do because he has the money to set up a lot of surveillance equipment around his home, and he gets to invite some prime suspects. He's an asshole because of the way he then treats those guests (only ONE of whom should/could be a werewolf, bear in mind). Anyway, the guests (Peter Cushing, Charles Gray, Michael Gambon, Ciaran Madden, Tom Chadbon, and Marlene Clarke, as the wife of Lockhart's character) all get to know one another while waiting to see who gets hairy and howly because of a full moon.

Directed by Paul Annett, this is based on a story by James Blish, and it puts itself forward more as an interesting conceit than anything that can make for a fully satisfying movie. It all builds to that aforementioned werewolf break, a device that audiences are told about at the very beginning of the movie, and it's the mystery element that succeeds more than the werewolf side of things.

The wildly varied acting of the main cast doesn't really help, with the likes of Cushing and Gray acquitting themselves with aplomb alongside lesser performances from Chadbon, Gambon (he's not bad, but it's far from his best performance) and, crucially, Lockhart hamming it up in the lead role. Marlene Clark and Ciaran Madden don't really get a lot to do, although the former is suitably exasperated by her husband throughout.

Werewolf fans beware, there's also a big mark against the movie due to the fact that any shots of the titular beast are clearly just shots of a dog, and not even a big, scary dog. Nope, budgetary restraints meant that the closest thing to a werewolf would have to be . . . . . . . . . well, just see it for yourself. And have a chuckle.

The Beast Must Die remains worth a watch, especially for fans of Amicus or any of the cast members involved, but it's not one of the best werewolf movies ever made. Although it remains one of the most unique. 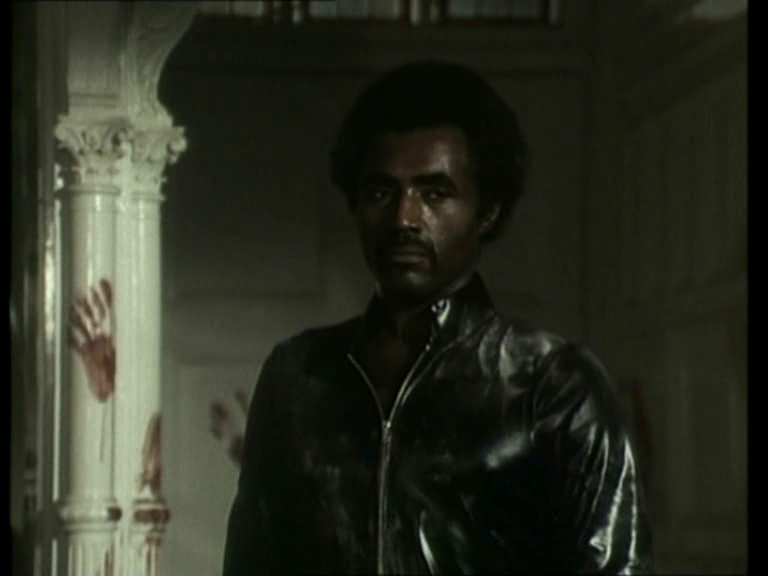