Horror films that are based around forcing people to make unpleasant choices have been increasingly popular since the Saw series became a huge hit. We've had some good ones (although I admit that there isn't a title springing to mind right now) and some not so good (Choose being a pretty lacklustre effort). Thankfully, Would You Rather is a good one, helped enormously by a typical performance from Jeffrey Combs that mixes charm with more than just a hint of lunacy.

The plot revolves around a young woman (Iris, played by Brittany Snow) who is desperate to turn her life around. She needs money, and a lot of it. Not for herself, you understand. She has a younger brother who is very ill. Combs is Shepard Lambrick, a very wealthy man who occasionally invites a number of people to dine in his home, before revealing to them the particulars of a game that he likes to play. A game that sees how much people can be bought for, and how quickly they can change the nature of their ways for a large enough reward.

There's a solid cast of supporting players onscreen here, including John Heard and Sasha Grey (not the best actress ever, but she acquits herself just fine), but there's no mistaking that Snow is the leading lady and plenty of time has been set aside for Combs to grandstand as he so easily can. The fact that the likes of Eddie Steeples, Robin Taylor, Enver Gjokaj and Jonny Coyne all still manage to make an impression is testament to the capable script (by Steffen Schlachtenhaufen) and direction (by David Guy Levy) giving everyone at least one memorable moment.

A number of moments made me really wince, so kudos to the warped minds who came up with the increasing pain meted out to everyone involved, but it's a shame that Would You Rather undermines its own premise far too early, making everyone a forced participant in the sadistic game rather than having their conscience eroded gradually by the riches on offer.

Well worth a watch, even if you look away during the harsher moments. 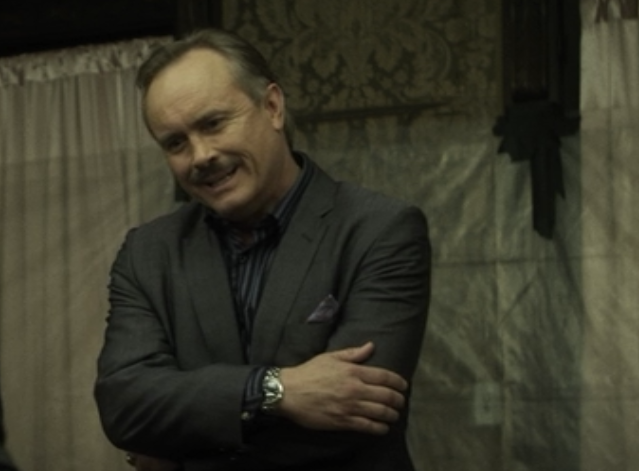