Ventriloquists are a funny lot, aren't they. People who, basically, try to make other people laugh by talking to themselves. I like ventriloquism, and I like it for pretty much the same reason that I like magic. Despite all of the talent and skill required, and despite all of the extra props and dressing that can be added, both of these things can be practiced alone and with very little resources. I used to practice magic tricks when I was younger, with playing cards or coins or just a piece of string. And when I went through a phase of wanting to practice ventriloquism . . . . . . . . . . . . . . well, I just grabbed a sock and drew some eyes on it.

Dumbstruck looks, mainly, at five different ventriloquists making their way in the world. Kim Yeager is a woman who has been gigging as a ventriloquist for years (often in schools), but she doesn't seem to be able to catch a break. Young Dylan Burdette has some raw talent, but desperately needs to work on his confidence and delivery. Dan Horn is doing well for himself, working on cruise ships, but that affects his marriage. Wilma Swartz has a desire to make others happy. And then there's Terry Fator, a man who won America's Got Talent and landed a HUGE payday with a residency in Las Vegas.

There are no big surprises in this documentary, directed by Mark Goffman. It's just a chance to look at a community that many people are unaware of, a large family of ventriloquists who come together once a year to offer each other support and advice.

Everyone onscreen seems to take great delight in entertaining people, as you would expect, and it's not long until you're willing some of them on to greater success. Watching Dylan try to progress his career is a frustrating experience, but the boy has many years ahead of him to get it right, while seeing Fator deal with his huge success in a very humble and gracious way is enough to give you a case of the warm fuzzies.

A scene in which Wilma Swartz talks about entertaining a crowd and bringing up their levels of happiness then cuts to her audience - a number of ill, elderly people who don't always seem to realise what they're watching - and it's a sad moment. In fact, it almost goes beyond sad and turns into something truly pathetic and laughable. Yet, a mere minute or two later, you DO see some eyes light up, and you realise that Wilma, as eccentric and misguided as she is, is right to want to just brighten up the day for these people, and she's a sweet person for soldiering on and seeing the good in every situation (even as she faces losing her own home due to financial problems).

Ventriloquism is a wonderful, though quite peculiar, thing. And this is a rare chance to hear the ventriloquists speak for themselves. Worth a watch. 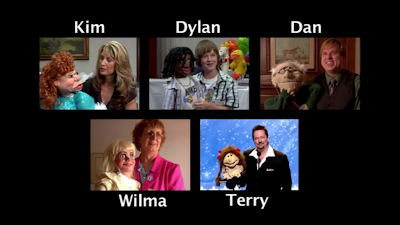