Or, the alternative title that I gave it, Malcolm In The Maelstrom.

Blast Vegas falls into the latter category. It's horrible. It's full of characters that you will struggle to care about. The special effects are pretty dire. Yet I loved it (never fear, my rating reflects the reality, as opposed to the fun I had, pointing and laughing at everything).

Frankie Muniz (oh dear, oh dear, how did he slide so far so quickly?) stars as Nelson, a young man on holiday in Las Vegas with a bunch of guys who will put up with him just because he can be their designated driver. Those same guys take some Egyptian relic and fool around with it for a while, bringing about some REALLY bad weather and the beginning of the end of Las Vegas. Nelson, amidst the chaos and carnage, wants to find a girl that he's taken a shine to (Olive, played by Maggie Castle) and is helped along the way by a club singer named Sal (Barry Bostwick).

I had fun with Blast Vegas, I can't deny it, but I'd only ever recommend it to someone who could approach the film in the same way that I did, ready to point and laugh at the thing and then never want to watch it ever again. The screenplay, by Joe D'Ambrosia and Tom Teves, is suitably silly. Nobody is going to watch this and expect to hear any memorable dialogue, but it's good to watch the events unfold, with the script embracing the ludicrous premise as an excuse to get some easy laughs (yes, there's an Elvis or two in the mix).

Director Jack Perez is, of course, also responsible for promoting the fun factor of the movie, helped no end by Barry Bostwick, who seems to enjoy himself immensely in his cliched, comedic role. Muniz and Castle are appealing leads, while Michael Steger, Andrew Lawrence, Summer Bishil, Jillian Nelson and some other people should all be remembered for . . . . . . . . . . . . . . . . ummmm . . . . . . . . . . . . . . also taking part in the proceedings. Okay, none of the supporting cast members really stand out, but they do what's asked of them. I think.

If it sounds like I had LOTS of fun with this movie, people may be wondering why I still rate it so low. Well, none of the fun really makes up for the ridiculousness that fills almost every scene, whether it's an opening sequence that features a cameo by John Landis for no apparent reason, some typically dubious special effects, or even the same stretch of road being used - albeit shot from different angles - when people need to try driving through the extreme weather. And, for anyone else who manages to watch the entire movie, if you can explain to me why people keep running in front of the ONE VEHICLE on an otherwise empty street, while a deadly storm keeps raging on, then please send answers on a postcard. Or, y'know, just post a reply below.

I've seen much worse than Blast Vegas, but that's mainly because I watch a lot of terrible, terrible movies. 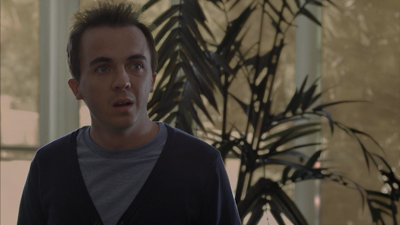