After a string of hit comedies that ended with his take on Ghostbusters (which I liked anyway, even if it failed to live up to its potential), director Paul Feig has returned with something a bit different. It's still in the realm of comedy, but it's a different kind of comedy, and it's mixed into a plot that is decidely . . . well . . . Hitchcockian. And very enjoyable it is too.

Anna Kendrick plays another typical Kendrick role, a single mother named Stephanie who spends her time vlogging, looking after her children, and trying to sign her name up for every school project that requires volunteers. The other parents seem to gently mock her, from a slight distance, but her hyper-busy and efficient lifestyle eventually leads to her meeting Emily Nelson (Blake Livey), a successful married mother who isn't adverse to using foul language and taking a very relaxed approach to home-made happy hours. But the new friendship is not due to last long, mainly due to the sudden disappearance of Emily. Stephanie starts trying to find out exactly what is going on, and uncovers some truths that prove that she probably didn't really know anything about the woman she quickly became firm friends with.

Based on a novel by Darcey Bell, A Simple Favour is a slick film that could have easily gone so wrong. Keep piling on the jokes and you remove any intrigue in the actual mystery, make the mystery too dense and you threaten to lose those who have been enticed by the glossy, easygoing, opening act.  Thankfully, Jessica Scharzer's script deftly balances those two different main aspects, helped immensely by the central performances.

Kendrick is as easy to like as she usually is, but she's almost overshadowed by a ridiculously fun turn from Lively, wonderfully droll, sharp, and giving not one care about anyone other than herself. I did say almost, and the film allows each of the leads to make the most of some great moments. Henry Golding is the other main adult character, Emily's husband (Sean aka prime suspect #1), there's an all-too-short bit of screentime for Linda Cardellini, and the child actors all do well enough.

Strangely enough, despite the sterling work of the writers and the stars, it's hard to take credit away from Feig. He may not have a signature style, or even much style at all, but he's skilled enough to work on this without messing it all up. Much like the script, the direction could have easily unbalanced this. Considering the material that Feig has previously seemed most comfortable with, his ability to stop himself from breaking something that didn't need fixed is admirable.

If Nancy Drew ever became friends with Patsy or Edina from Absolutely Fabulous then the end result would be very similar. And if you like the sound of that then you're bound to enjoy this. 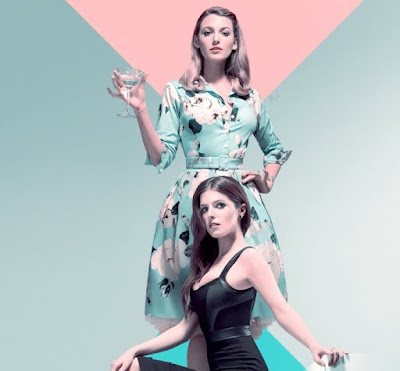